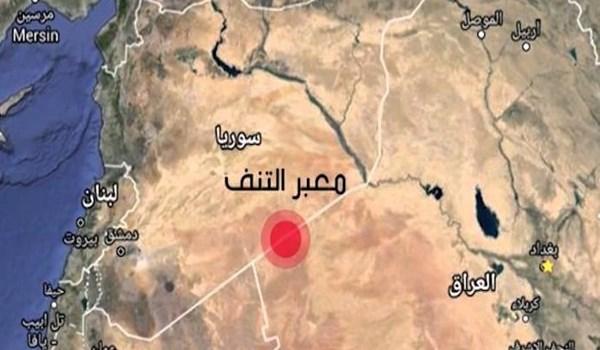 TEHRAN (FNA)- The US forces resumed training of Washington-backed terrorists in al-Tanf region in Homs province after a one-year halt.

Turkey’s Anadolu news agency quoted informed sources as saying on Thursday that Jeish al-Maqawir terrorists affiliated to the so-called Free Syrian Army (FSA) are again being trained by the US forces.

They added that the trainings are underway in al-Tanf base in the bordering triangle between Syria, Jordan and Iraq and some bases in Jordan, noting that the FSA militants undergo special trainings, including heliborne and combat operations as well as battle in hard conditions.

The sources also said that a number of US army and intelligence officers along with a number of US-led coalition advisors supervise these trainings.

Meantime, the US forces in al-Tanf region have paved the ground for recruiting more militants for Jeish al-Maqawir terrorist group.

A prominent Russian military analyst revealed last year that the US was training terrorists in 19 military bases in Syria in pursuit of its military and political objectives in the country.

Vladimir Kozin, a military expert at Moscow State Institute of International Relations, was quoted by the Arabic website of RT as saying that the US has 19 bases in Syria to train the terrorists.

He added that the weapons, ammunition, fuel and foodstuff needed in these centers are provided by 22 US military bases outside Syria.

Kozin said that the American forces trained the terrorists at al-Tanf base in Syria’s Badiyeh region in the South, adding that the US army had closed the airspace of this region in a radius of 50km without any agreement with the Damascus government.

He described Washington’s military and technical support for terrorist groups as a violation of the UN Charter and agreements to decrease tensions in Syria, and said the US supported the terrorists to maintain its influence on the political and military situation of the country.