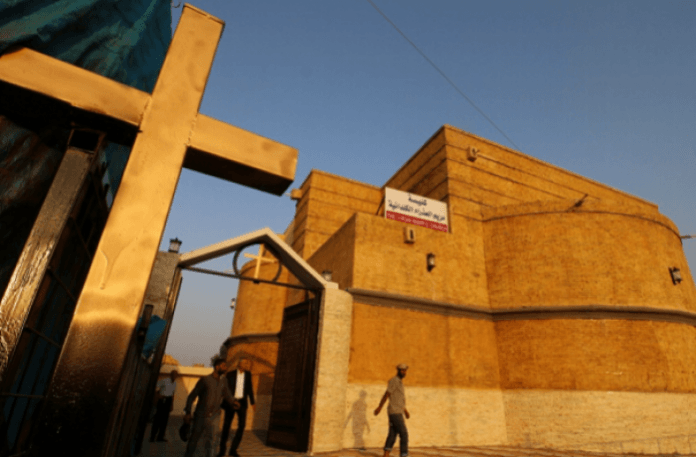 Begun in 1907 and inaugurated in 1930, the Gothic style building was designed by Italian architects.  In the war between Iran and Iraq, it became a refugee camp for poor families.  3877 children baptized inside.  After the restoration, it will be a “sanctuary open for everyone”.

Basra (AsiaNews) – The place of worship “reopened only as a sanctuary” to allow the faithful “to pray to the Virgin Mary”.  A place “open to all” and to which “everyone will have access” without distinction or prohibition on an ethnic or confessional basis.

This is the goal of Msgr.  Alnaufali Habib Jajou, Chaldean archbishop of Basra, in southern Iraq, ahead of the reopening of the Church of the Virgin Mary after decades of closure and abandonment.  “This is a sign of hope – adds the prelate – for the local population”.

In the past few days church bells have resounded again, disused and in ruins for decades.  The start date of construction work dates back to 1907, while the official inauguration was in 1930. The church building was designed in Gothic style by Italian architects.

It should have become the cathedral of Basra (al-Qishla) and replace the small existing church.  The place of worship took the form of a Roman cross and was twinned with a church of the eternal city.

It is  an important place of worship for Basra, explains Msgr.  Habib Jajou, and “from 1954 to 1971 was also used as the bishop’s headquarters”.  However, the war between Iraq and Iran in the 1980s led to the closure of the church (in 1981), which “was converted into a refugee camp especially dedicated to poor families”, thanks also to the collaboration of a Chaldean charitable association  .

Over the years the sisters have run the school of Al-Fayhaa, built in the area adjacent to the cathedral in which 3877 children have been baptized over the years.  At the end of the renovation work, supported financially also by the Iraqi Central Bank, the church was officially re-opened for worship last June and in a few weeks it has become a reference point for prayer and the gathering of the faithful of the city.

One way, local Christians emphasize, to bring to mind the many memories it holds within it.

Basra is the most important center in the south of Iraq and was the scene in the recent past of serious episodes of violence, which led the Church to suspend all extra-pastoral activities. A critical situation that has characterized the recent history of the whole country and led to a drastic drop in the Christian population, which rose from 1.5 million pre-US invasion in 2003 to the current 300 thousand faithful.  “The situation today – concludes the archbishop – is not so bad.  As Christians we have to face the same challenges as the rest of the population “.  And the Pope’s visit, scheduled for next year, could be a further opportunity for rebirth.