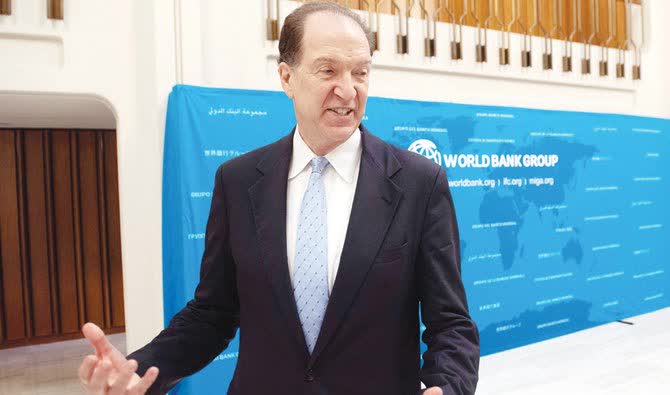 WASHINGTON: At the critical moment of a Hollywood movie starring A-lister Sandra Bullock, Bolivia’s newly elected president calls in the International Monetary Fund (IMF) to bail out the poverty-stricken country, violating a campaign promise. The streets erupt in violent protest.

The movie, “Our Brand is Crisis,” is a fictionalized version of the 2002 Bolivian elections and it drastically simplified the situation. But the writers knew the IMF would be unquestionably accepted as the arch enemy of the people.
After 75 years putting out financial fires around the world, the IMF and World Bank face criticism for repeatedly failing to prevent crises and for making things worse for the people they were meant to help. That makes them easy scapegoats.
Even if the criticism is not always entirely fair — no one blames the doctor for prescribing a painful but life-saving treatment — the institutions have been trying to rebrand themselves in recent years, putting more emphasis publicly on protecting vulnerable members of society in their lending programs.
But they will need more than a better communications strategy as they contend with a wave of anti-globalization sentiment and technological transformation — while also helping Africa through a transition requiring massive investment in infrastructure and job creation just to keep up with population growth.
The challenges “are huge,” World Bank President David Malpass told AFP in an interview.
The IMF and World Bank were created July 22, 1944 in the shadow of World War II to help rebuild Europe and later Japan, and to try to head off the kind of economic strife that had led to the war.
“The original concept of reconstruction and development … was clarified to include poverty alleviation as the bank grew,” Malpass said.

On the surface, their record, especially for the IMF, seems dismal, with each of the prior three decades marked by a severe crisis: The Latin American debt crisis in the 1980s, the Asian and Russian crises in the 1990s and the global financial crisis in 2007, which begat the Great Recession that still looms over the world economy today.
In each case, the damage lasted for a decade or more and the IMF was blamed for inflicting even more pain with its rigid demands and policy advice that, according to the fund’s harshest critics, too often favored corporate interests in the rich countries over the poor nations in trouble.
But at the same time extreme poverty has plummeted worldwide — falling by a billion people since 1990.
“In the history of the world there has never been so much progress in improving people’s lives as we have seen in the last 75 years,” said Masood Ahmed, who worked alternately either at the IMF or World Bank for nearly half their existences.
But the institutions missed the problems growing beneath the surface.

74% of the Zod-Soyudlu gold Deposit should go to Azerbaijan