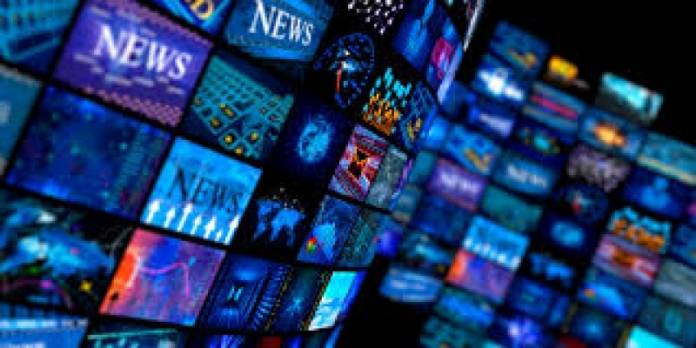 Turan.az-Azerbaijan celebrates National Press Day on July 22. This date is based on the fact that on July 22, 1875, the enlightener Hasan Bey Zardabi launched the first Azerbaijani print edition, the “|Ekinchi” newspaper. This year marks 144 years since the establishment of the National Press of Azerbaijan.Let’s look at the situation in the media in the country in the 144th year of the existence of the national press of Azerbaijan.Although official circles do not agree with this, however, Azerbaijan ranks the last in the ratings of media freedom published in international reports. For example, according to the Reporters without Borders (RSF) our country ranks 166th out of 180 countries in the 2019 World Press Freedom Index.According to international and local human rights defenders, seven journalists, who are considered Azerbaijani political prisoners, remain in prison; several media outlets were officially blocked. Lawsuits filed several years ago against Meydan TV and Radio Liberty are still not closed; several local media were blocked without a court order. The situation of independent media and journalists is still difficult.At the same time, official circles say that the media in Azerbaijan are free. The country has a Public Press Support Fund; and the government donated free apartments to more than 400 journalists.Independent journalist Seymour Kazimov told ASTNA about the state of media in Azerbaijan.

– How do you assess the situation with media in Azerbaijan?

– The position of the media in Azerbaijan corresponds to the places that our media occupy in the reports of international organizations, that is, in the last positions. In general, the situation of the media in the country should be viewed in several aspects: the difficulties created by the socio-political situation for journalists, the poor economic situation of journalists, and the absence of their social status and the level of teaching in journalism departments. They do not meet any standards. In such a situation, it is impossible to give a positive assessment of the overall situation in the media, including the living and working conditions of journalists.

– Official circles say that the media in Azerbaijan is free. In your opinion, what is the inverse relationship between the criteria of international organizations and the views of Azerbaijani figures in the media?

– Media figures are not loved not only in Azerbaijan, but even in the most developed and democratic countries of the world. But in developed countries, all the highest values ​​of democracy are respected and therefore journalists and this profession are valued there. Donald Trump often argues with American journalists calling them “fake news” and is therefore criticized by the local population and the world community. There are democratic traditions and social forms of criticism. Unfortunately, Azerbaijani journalists have no such luxury. The government loves the media as long as they do not “hook” the government. Otherwise, it is not difficult to predict what will happen. Official circles should proclaim freedom of speech one of the fundamental rights of a person and a citizen, as these principles determine the image of a state in the international community. But they either consciously or unwittingly forget that free media is not just the media they need. Free media is a press that reflects the interests, attitudes and thoughts of all groups of the population, and not just those that serve one person.

– It should be noted that official circles state that the Internet is free in Azerbaijan, and everyone can write what he wants. Anyone can create a blog on the Internet and open a website. Everyone can create online TV. You can broadcast it on Facebook, and so on. Don’t you think that all this affects media freedom?

– According to the data of 2017, there are 7.8 million Internet users in Azerbaijan, which is more than 70 percent of the population. Blogs and civic journalism began to spread from the beginning of the 2000s. Over time, the traditional media began to give way to the popularity of new media trends – social media, and this process is still ongoing. But the fact is that the defeat of traditional media in favor of social networks in Azerbaijan is not only technical. Sometimes we see serious lack of professionalism on both sides. The fact that traditional media are not independent is based on their breaking down professional principles, hiding real events and simply spreading “good news”, which leads to the loss of popularity and activation of social networks. Social media can share some newspaper publications and news online resources, broadcast television channels and thus cause a resonance in the community. In this case, it”s natural that classic media loses popularity in favor of social media.

Although traditional media have their pages on social networks, but readers also neglect them, because they do not work effectively.

Obviously, newspapers and television are defeated, they do not compete with social networks. Of course, we can highly appreciate the creation of websites and TV on the Internet. But can we also appreciate their activity? Is not the pressure on online media? We are witnessing blocking sites since 2017. Accordingly, there have been changes in the legislation, according to which the blocking of sites is subject to litigation. This is an informal form of censorship, although Article 7 of the “Law on the Mass Media” is called “Inadmissibility of Censorship”. That is, a high level of online media does not guarantee “high-quality media freedom”.

– There is a Media Support Fund in Azerbaijan. In addition, journalists are provided with houses, honorary titles and awards. In most cases, in response, journalists are asked to protect statehood. What is meant by this word?

– In one of my interviews I spoke about the Media Support Fund: “It has been operating for nine years, but has not done nine useful things.” Ten years have passed since the creation of a well-known organization. Well, I return to my thesis and say with confidence that “they did not do 10 useful things.”

The main goal of this Foundation, created in 2008, was to improve freedom of speech and information, support media independence and increase the social protection of journalists. But in reality, they did everything they could to weaken the Azerbaijani press.

What steps have been taken by the Foundation for the Development of Azerbaijani Media over the past 9 years? Was the Foundation able to form an independent press, as planned in its Charter? The money allocated to the media in 10 years have led not to the development, but to a reduction in the press. In particular, the circulation was reduced by 5-10 times, almost complete control over newsprint and the monopoly negatively affected citizens’ access to print media. In addition, the mass media, which cannot earn money on the sale of circulation, become dependent on the money of this Fund and live in fear that they will not be able to continue working without having income from sales.

Honors, prizes … all these are traditions of the Soviet era. Many of the countries of the former Soviet Union have avoided a return to the Soviets, others are fleeing from the past, while Azerbaijan is restoring the traditions of Soviet journalism. The manipulation of the notion “statehood” is also a “legacy” of that period.

A journalist can be an executor of the interests of statehood, working honestly, avoiding lying, not engaging in plagiarism, providing the society with correct, honest, balanced information, contributing to discussions. To do otherwise is not a ministry of statehood, but something different.

– Such issues should be resolved normally. Although journalists are not welcomed, but the expectations from their activities are high. Everyone wants to be close to the journalists. But if the expectations of journalists are not fulfilled, they are again guilty. Everyone wants to see his truth, but very few are interested in absolute truth. The journalist should reflect the interests of all, and not a specific group. These and other situations cannot lead to the disappearance of independent media in Azerbaijan.

– What is required for normal free media in Azerbaijan? What is missing for this?

– I will answer very briefly: conditions, opportunities, a free environment are necessary. But they are not there, so financial assistance and apartments donated to journalists do not matter. In order to improve the social status of a journalist, it is first of all necessary to ensure freedom of the media in the country.