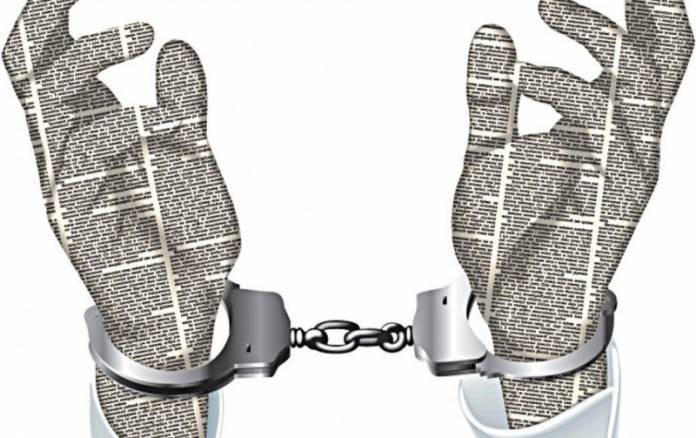 Not any significant changes happened in media over in media legislation the past 12 months . However, during this period, amendments were made to the Law “On Access to Information”, as well as to other legislation related to it.

It cannot be said that in the first year of application of this rule adopted by the Cabinet of Ministers it worked effectively. Public information owners should have posted information about their financial activities on their websites about three months ago. Some government agencies have met this condition. Among them, the Chamber of Accounts distinguished itself, having placed on its website practically all the required information, and the degree of openness of financial information demonstrated by it is not found in any other organization. Most of the information disclosed is general in nature and does not contain details. Media-sponsored from the budget and related structures also did not disclose such data to the public. Public TV, AzTV, AzerTac have not yet posted a financial report on their sites.

Solving problems in the functioning laws adopted in terms of assisting the media to journalists is still seriously delayed. Legal mechanisms to facilitate the receipt of information by journalists have been left unused for many years. The talk is about the Articles of the Code of Administrative Offenses regulating issues related to the “Violation of the rights of journalists (ignoring the request)” and “Violation of the Law “On Access to Information”. The Code provides for the application of an administrative penalty of 200-500 manat for failure to provide an answer to a journalistic request and from 100 to 1,500 manat for violating the Law on Access to Information.

Although more than three years have passed since the entry into force of this Code, there is still no mechanism for the functioning of these provisions to facilitate the work of journalists. Articles exist, and there are no mechanisms for their execution. Article 43 of the Code states that the courts consider cases of administrative offenses provided for in Articles 374 and 382 (as well as in others) involving journalists. The list of officials who have the authority to draw up a report on cases of administrative offenses considered by the courts is determined by the relevant executive authority. This body has still not given anyone the authority to draw up a protocol on administrative offenses provided for in articles contributing to the work of journalists.

The criminal legislation of Azerbaijan provides for responsibility for impeding the professional activities of journalists. According to the Article 163 of the Criminal Code, persons who have committed such acts can be fined 500 manat or imprisonment for a term of a year. The practice of not applying this provision has remained unchanged over the past year. Since September 2018, at least 20 appeals were filed to the prosecution authorities to initiate criminal proceedings in a case of obstructing the legal professional activities of a journalist. Thus, journalists Sevinj Vagifgizi, Ramin Deco, Aytaj Ahmedova, Turkan Bashirli, Tezekhan Mirelemli, Nurlan Gahramanly and others were subjected to violence while performing their professional activities. However, on the basis of these appeals, no criminal proceedings were ever initiated.

Defamation, insult, legal proceedings and other criminal measures against journalists

Speaking about progress in this area, it would be appropriate to recall the Decree of the President of Azerbaijan “On deepening reforms in the judicial-legal system”, signed on April 3. In this decree, the Ministry of Justice was charged with preparing and submitting a proposal for the decriminalization of crimes in this area within 3 months, but this period has expired long ago, and the issue of decriminalizing libel and insult has not been put on the agenda.

Over the past 12 months, the number of claims and complaints of a private order filed against the media and journalists related to accusations of libel and insults have not been so conspicuous. Since last summer, 11 lawsuits on private charges have been filed against journalists. No penalties were imposed on the basis of these complaints. Most of these lawsuits were not considered. In total, 29 complaints were filed on charges of defamation and insult.

The local courts applied criminal punishment to three journalists: the editor-in-chief of Bastainfo.com, Mustafa Nasibbeyli, the chief editor of Criminal.az, Anar Mamedov, the editor of teref.info, Nuraddin Ismailov. Each of them was sentenced to 5 years and 6 months in prison on probation.

According to journalists” lawyers, the charges were unfounded. Most of the articles they published were reprinted from other media. Local law exempts from liability for the distribution of such articles. In addition, the controversial articles were written in the context of public debate. In ruling on three journalists, the courts did not take into account any of these factors.

Over the past 12 months, journalists have appealed to the court at least 13 times in connection with the violation of their right to access information. However, none decisions on these cases were passes in their favor. In more than half of these trials, the plaintiff was the Turan News Agency, and in other cases independent journalists.

When the information request became the reason for the trial, information was requested that, according to the Law on Access to Information, was considered open and should have been posted on the websites. Executive authorities, open joint-stock companies and courts where requests were sent, refused to provide the requested information. Of the 13 judicial investigations in only one case, the respondent provided the plaintiff with the requested data. And in other cases, the courts ruled against journalists, and none of these decisions complied with national legislation, in particular, with the Law “On Access to Information”. In these cases, the proceedings in the national court continues.

A year ago, there were more than 10 journalists imprisoned in Azerbaijan. In the past 12 months, four of them have been released: video blogger Mehman Huseynov, arrested for libel, journalists Fikret Faramazoglu, Nijat Aliyev, and Rashad Ramazanov.

Currently in prison are: commentator for the Azadlig newspaper Seymour Hazy (since 2014), employees of the same newspaper Elchin Ismayilli, Zia Asadli, investigative journalist Afgan Mukhtarly (all of them since 2017), religious writer Araz Guliyev (since 2012).

In recent months, two more journalists were arrested in Azerbaijan: heads of the xeberman.com and realliq.info sites Polad Aslanov and Ikram Rahimov, respectively.

According to the SSS, P. Aslanov was suspected of treason, and charged under the Article 274 (of state change) of the Criminal Code. According to the materials of the criminal case, the journalist allegedly commissioned foreign countries to publish articles compromising the activities of Azerbaijani government agencies. In his respect, a preventive measure in the form of pre-trial imprisonment for four months was chosen. If the charges are confirmed, the journalist can be sentenced to 10-15 years of imprisonment or life imprisonment. P. Aslanov periodically wrote critical articles about the SSS. According to his lawyers, the arrest is related to these articles.

The head of the website Realliq.info Ikram Rahimov was arrested immediately after the publication of critical materials about Ali Hasanov, the Assistant to the President of Azerbaijan on social and political issues, and the appeal addressed to him. Immediately after the arrest of a journalist in the country, access to his site was blocked. Lawyers of I. Rahimov also claim that his critical articles are the main reason for his arrest.