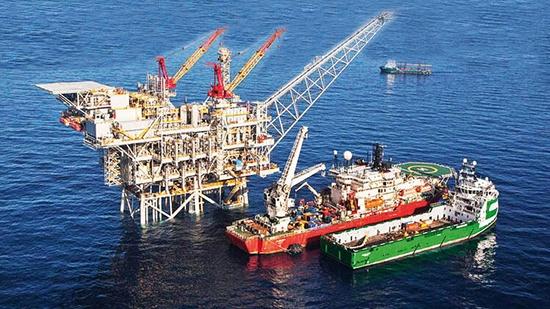 SINGAPORE/TOKYO (Reuters) – Oil prices rose on Monday on concerns that Iran’s seizure of a British tanker last week may lead to supply disruptions in the Middle East and after Libya reported the shut down of its largest oil field.

WTI fell over 7% and Brent fell more than 6% last week.

“Falling global demand and rising U.S. stockpiles have helped turn oil charts very bearish, but that may not last as tensions remain high in the Persian Gulf,” Edward Moya, senior market analyst at OANDA in New York, said in a note.

Iran’s Revolutionary Guards said on Friday they had captured a British-flagged oil tanker in the Gulf in response to Britain’s seizure of an Iranian tanker earlier this month.

The move has increased the fear of potential supply disruptions in the Strait of Hormuz at the mouth of Gulf, through which flows about one-fifth of the world’s oil supplies.

Britain was weighing its next moves on Sunday, with few good options apparent as a recording emerged showing that the Iranian military defied a British warship when it boarded and seized the ship.

A senior United States administration official said on Friday the U.S. will destroy any Iranian drones that fly too close to its ships.

A day earlier, the U.S. said one of its navy ships had “destroyed” an Iranian drone in the Strait of Hormuz after the aircraft threatened the vessel, but Iran said it had no information about losing a drone.

Libya’s National Oil Corporation (NOC) declared a force majeure on Saturday at the country’s largest oilfield, El Sharara, after it was shut down the previous day causing a production loss of about 290,000 barrels per day (bpd).

U.S. energy firms reduced the number of oil rigs operating for a third week in a row as drillers follow through on plans to cut spending amid a global supply glut. The United States is now the world’s largest oil producer.

Speculative money is flowing back into the oil markets in response to the escalating dispute between Iran and the United States and other western nations playing out in the Gulf waters along with the signs of falling supply.

Hedge funds and other money managers raised their combined futures and option’s positions on U.S. crude for a second week and increased their positions in Brent crude as well, according to data from the U.S. Commodity Futures Trading Commission and the Intercontinental Exchange.