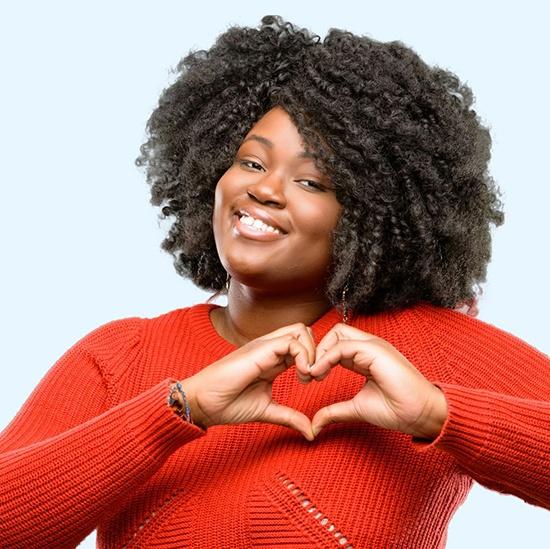 “It’s not just how much you have—it’s what you do with it,” says one researcher who studies money and happiness.

These days, not even the rich feel rich. According to a recent survey by the financial-advisory firm Ameriprise Financial, only 13 percent of American millionaires classify themselves as wealthy. Even some of those surveyed who had more than $5 million across their bank accounts, investments, and retirement accounts said they didn’t feel rich. If multimillionaires don’t feel wealthy, who does?

I decided to go to Elizabeth Dunn, a psychology professor at the University of British Columbia and a co-author of Happy Money: The Science of Happier Spending, with my question: Once people have enough money to cover their basic needs and then some, what would make them feel satisfied—happy, even—with what they have? Dunn said she didn’t know of any academic studies that addressed this question head-on, but she did point to some related research that provides possible answers.

First: “Social comparison, we know, is critical,” she told me, meaning, roughly, that if a person is richer than the people he compares himself with, he’s going to feel rich. One 2005 study based on data from Germany looked at how people’s incomes compared with those of people who were similar in terms of age, education, and region of residence, and found that “individuals are happier the larger their income is in comparison with the income of the reference group.” In fact, the study found that “the income of the reference group is about as important as [one’s] own income for individual happiness.” Similarly, a more recent paper found that middle-income people were less satisfied financially if they lived in American states with higher levels of income inequality.

These dynamics play out on a much smaller level, too. Research that looked at fine-grained data from Canada found that when people won the lottery, their neighbors were more likely to run up their debts and file for bankruptcy—the idea being that they tried and failed to keep up with their lucky peers. In a different study, not as focused on such an extreme outcome, people tended to be less happy the more their neighbors earned.

“If you live in a neighborhood where everybody has about the same as you do, then you don’t feel as perpetually behind as [when] you’re in a place where it’s more diverse economically,” says Keith Payne, a psychology professor at the University of North Carolina at Chapel Hill who studies the mental effects of inequality.

Dunn also noted a couple of variables, other than peers, that might lead people to feel richer. She brought up a 2016 study that found people’s bank balances—viewed separately from just spending, or investments, or debt—to be, in its authors’ words, “of unique importance to life satisfaction.” “One reason why middle-income people might feel pretty good about their level of income is if they just happen to be living their lives in such a way that even if they don’t actually have a lot of net worth, but they always have 8,000 bucks in the bank,” Dunn speculated.

Perhaps it’d be more prudent to invest that money, Dunn noted, “but then it’s tucked away and you don’t see it except maybe quarterly, when you check that balance—whereas your bank-account balance, you just see it so much that I think it shapes your sense of your financial security.”

She also suspects that people overrate the importance of earnings in feeling financially satisfied. “All of this talk about ‘income, income, income’ overlooks the fact that it matters a lot what you do with your money,” she said. As she and other researchers have found, spending money in certain ways can make people feel better; it generally helps to funnel more funds toward charity, memorable experiences (as opposed to material goods), and paying others to handle one’s most dreaded tasks, such as washing the dishes or cooking.

And these spending tactics don’t only work for affluent people. “It’s not just how much you have—it’s what you do with it,” Dunn told me. “If you make really good spending decisions, … you can turn a middle income into a fair bit of happiness.”

Those are some of the main takeaways of the academic research that’s been done on this subject, but maybe financial coaches—people who have firsthand experience listening to people’s money problems—can fill in some answers that research can’t.

Maggie Germano, a financial coach in Washington, D.C., who works mostly but not exclusively with mid-career professional women, told me her clients are often under the wrong impression about what will ease their financial stress. “That’s actually something that I hear a lot, where they think that if they just increase income, that everything would get better,” she said. Yet even when they do earn more, they frequently remain frazzled by their finances and sometimes, Germano said, “still feel like they’re living paycheck to paycheck.”

Germano said that in her experience, “the people who feel the best about their financial situation … are people who are fully aware of what their financial situation is.” Full awareness includes a thorough accounting of where the money goes—Germano said her clients are often surprised by how much they end up spending each month on online shopping and rides with Uber and Lyft. Perhaps spending it on other things would be more fulfilling. “I do think it is less about how much is actually coming in and more about how they’re consciously using the money,” she said.

This was similar to what Michelle Tascoe, a financial coach in Los Angeles with some clients making “multiple six figures,” told me. “I can have clients that make half as much money as another client, but they’re happier, because they have clarity around where their finances are at,” she said.

Tascoe also stressed the importance of defining one’s financial goals clearly. “I want to give my kids fulfilling lives” is a noble aim, but a vague one. Sharpening it—maybe to “I want to send my kids to summer camp”—makes it easier to plan and save for, as well as easier to complete. It’s not clear when the task of providing a fulfilling life to one’s kids is finished, if it ever is.

But sometimes, stress about money is not truly about money. Amanda Clayman, a financial therapist who practices in L.A., says that because money is a means of attaining many of the things people dream and fret about, their anxieties about what those things symbolize can get projected onto the money and the things themselves. For instance, if someone starts to feel a need for a bigger house, that person might want to think about what having such a house would mean personally, and whether it would really quiet any inner restlessness.

“The proxy nature of money means that we can get stuck,” Clayman says. “Instead of doing our own emotional work, it’s like we’re trying to do this superficial change instead, to get out of doing the work that’s actually much harder and makes us feel a lot more vulnerable. Sometimes it can seem more attainable to just make more money and get a nicer house.”

In her work, Clayman often finds herself talking clients through emotional problems that they originally interpret as financial problems. For example, a man who’s convinced he needs a new, bigger house might be reacting to, say, the unresolved trauma of watching his parents go bankrupt and being forced to move to a new house and school; processing those long-ago feelings might do him more good than a new home ever would.

“All this classic [psychological] stuff is going to find some sort of expression in money,” Clayman says. Maybe working through these underlying emotional issues would help people feel more okay with what they have.

The other experts I talked with suggested different tactics for counteracting the sensation of needing more. Many focused on social comparisons. “We can choose to make other kinds of comparisons,” says Keith Payne, the UNC researcher. “For example, we can make downward comparisons to people who are doing less well than us, which frankly sounds kind of mean, but it kind of makes sense.” He also suggests the less schadenfreude-y strategy of comparing one’s current position to where one was financially and professionally some years ago.

Another comparison one could make is to one’s own childhood. For those who are more financially secure than their parents were, remembering their family’s onetime money troubles (or even just their parents’ unhealthy relationship with money) may make them feel more appreciative of their current situation. However, the ranks of Americans for whom this would be an encouraging exercise is, unfortunately, shrinking: According to research by the economist Raj Chetty, kids born in 1940 had a 92 percent chance of going on to out-earn their parents, whereas kids born in the 1980s had closer to a 50 percent chance—meaning that there are now a lot more people who are living with less buying power than what their parents had when they were growing up.

Payne also recommends something that researchers call “self affirmation,” though he admits to disliking that term because, in his words, “it sounds self-helpy.” But the idea is to block off some time to write down or think through what values one considers most important, which can function as a reminder that one need not keep up with others in order to feel good enough.

These mental exercises may be effective, but they do seem hard to make a regular practice of. Maybe, given what researchers know about social comparisons, it’d be effective instead to be more deliberate about the friends that one keeps—if they share similar values, it wouldn’t be so bad to mimic them.

Relatedly, many of the experts I spoke with brought up the idea that social-media follows could be similarly manipulated. “Virtual reference groups are interesting because we potentially have more choice over [them],” said Elizabeth Dunn. “There’s a lot of constraints on what neighborhood you live in or who you’re able to socialize with in the real world, but nobody has to follow the Kardashians on Instagram,” or their own conspicuous-consumer acquaintances, for that matter.

And when it comes to peers, the financial coaches had an additional piece of advice. “I think it’s really important to be talkative and honest about your finances with friends and family,” said Maggie Germano. “Because then you can see what other people are struggling with and that you’re not the only one who maybe feels discontent with their finances.” In the realm of money, it seems people would be better off doing less observing of peers, and more talking with them.