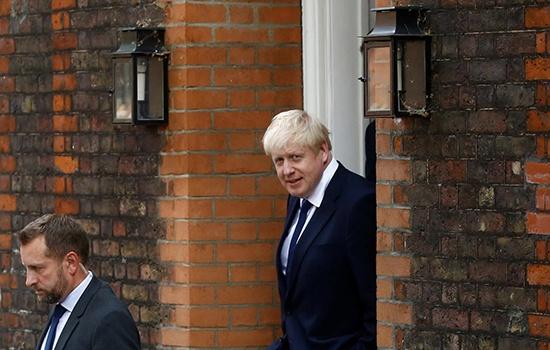 LONDON (Reuters) – Boris Johnson is expected to be elected leader of Britain’s governing Conservative Party and the country’s next prime minister on Tuesday, tasked with following through on his “do or die” pledge to deliver Brexit in just over three months time.

Johnson and his rival, Foreign Secretary Jeremy Hunt, have spent the last month crisscrossing the country seeking to win over the less than 200,000 Conservative Party members who will choose Britain’s new leader.

Voting closed at 1600 GMT on Monday and the result is due to be announced on Tuesday morning. The winner will formally take over as prime minister on Wednesday afternoon, succeeding Theresa May, who stepped down over her failure to get parliament to ratify her Brexit deal.

Johnson, a former London mayor who resigned as foreign minister a year ago over May’s Brexit plans, is the clear favorite to replace her, with several polls putting him on around 70 percent.

He will inherit a political crisis over Britain’s exit from the European Union, currently due to take place on Oct. 31. Johnson must persuade the EU to revive talks on a withdrawal deal that it has been adamant cannot be reopened, or else lead Britain into the economic uncertainty of an unmanaged departure.

The only deal on the table has been rejected three times by parliament and many lawmakers – including pro-EU rebels in the Conservative Party – are also vowing to block Johnson trying to take Britain out of the EU without a deal.

He has said he would ramp up preparations for a no-deal to try to force the EU’s negotiators to make changes to the accord.

“We will of course be pushing our plan into action, and getting ready to come out on October 31st, come what may…do or die, come what may,” Johnson told TalkRadio last month.

Johnson is not likely to start announcing key ministerial appointments until Wednesday, but his victory in the leadership contest is expected to prompt several resignations in the deeply divided Conservative Party.

Two junior ministers have already quit over Johnson’s willingness to leave the EU without transition arrangements and finance minister Philip Hammond and justice minister David Gauke have both said they plan to resign before they are sacked.

Brexit without a divorce deal – as anti-EU hardliners would like – would abruptly wrench the world’s fifth largest economy away from the bloc. Critics say this would undermine global growth, buffet financial markets and weaken London’s position as the pre-eminent international financial center.