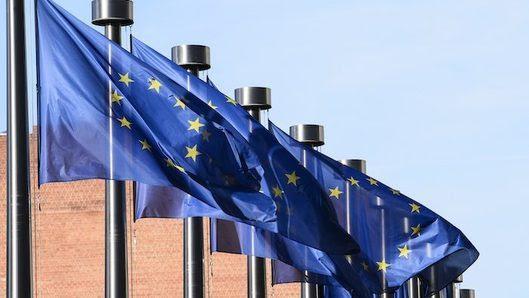 WASHINGTON (Reuters) – The European Union is keen to work with Washington to reform the World Trade Organization and cooperate on common challenges to global trade, but will retaliate if Washington makes good on its threat to raise car tariffs, a top EU official said on Monday.

Sabine Weyand, the European Commission’s director general of trade and former deputy Brexit negotiatior, struck a conciliatory but firm tone in remarks during her first official visit to Washington since taking on her new role a month ago.

The longtime EU diplomat underscored the EU’s interest in avoiding a spiral of escalating tariffs on cars, aircraft and other goods, and work instead with the United States to address mutual concerns about China’s behavior on world markets.

But she said Brussels would not be bullied by the threat of sanctions that it views as illegal under World Trade Organization rules, and was pursuing a more assertive path.

“It is natural that friends sometimes disagree with each other, but this is something else. There are real threats elsewhere, yet we find ourselves in a morale-sucking, growth-slowing series of skirmishes. We have to overcome this,” she told a Center for Strategic and International Studies event.

“We will not negotiate under WTO illegal action. Nor will we go down the road of managed trade,” she said.

If Washington pushed ahead with its threat to raise auto tariffs to 25%, Brussels would respond with tariffs of its own, resulting in a “lose-lose” situation for all involved, she said.

Negotiators for Brussels and Washington who have been meeting since U.S. President Donald Trump and then European Commission President Jean-Claude Juncker agreed to a truce a year ago, were making progress on certain issues, Weyand said.

She cited advances in some areas, such as setting standards and conformity assessments for trade, and on liquefied natural gas shipments, but there had been little movement on the bigger issue of industrial tariffs, she said.

Brussels also hoped to resolve a pair of nearly 15-year-old legal cases about government aid to U.S. planemaker Boeing Co (BA.N) and Europe’s Airbus (AIR.PA) for aircraft development, and head off a spiral of tariffs on that issue, Weyand said.

An arbitrator for the WTO is expected to decide in September what level of sanctions Washington can impose after winning a case before the WTO about European subsidies to Airbus, with the EU likely to get a decision in its favor several months later.

Washington has said it should be allowed to impose tariffs on $11.2 billion of European goods.

Weyand said Brussels was ready to comply with WTO rules, and beyond that, to negotiate rules on aircraft launch aid for the future, which should render the dueling sanctions superfluous.

But she said she was uncertain if Washington would agree.

“I cannot anticipate the result. This is something we will have to see in the next days and weeks,” she said.

Weyand told Reuters she was uncertain about Washington’s willingness to settle the matter, but hoped to learn more during her meetings in Washington over the next two days, including with U.S. Deputy Trade Representative Jeffrey Gerrish.

William Reinsch, a former U.S. Commerce Department official and trade expert at CSIS, said it was unclear if Washington would hold off on any tariffs to facilitate a settlement.

“This administration always takes the strongest possible front at the beginning, and if they fold, it’s at the last minute,” he said.