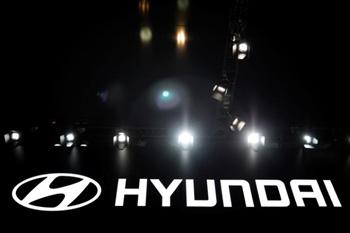 Hyundai Motor announced on Monday that it posted 1.2377 trillion won (US$1.05 billion) of operating profit in the second quarter of this year, a 30.2% rise from a year earlier. The firm’s second-quarter operating profit also rose 50.1% from 824.9 billion won in the first quarter.

It is the first time since the third quarter of 2017 that Hyundai’s quarterly operating profit has exceeded 1 trillion won.

Hyundai’s improved second-quarter earnings came amid the fall of vehicle sales. Its car sales in the second quarter recorded 1,104,916 million units, a 7.3% drop from the same quarter of last year. Local market sales rose 8.1%, but overseas market sales decreased by 10.1% due to sluggish sales in the US and Chinese markets.

Hyundai Motor cited strong sales of SUVs and the new Sonata sedan and the weak won for the strong second-quarter result.

Hyundai Motor said in a press release, “Hostile external conditions due to trade disputes and global economic slowdown continued to weigh on us. Amid this circumstance, some favorable factors like the weak won existed, and rising sales of SUV models like Palisade and new car effect of Sonata sedan were added for better earnings.”

The dollar/won rate remained strong in the second quarter, briefly rising to nearly 1,200 won, primarily due to slowing Korean economic growth and the US-China trade war.

Hyundai plans to tackle business uncertainties by launching new cars both in Korean and global markets.

Hyundai will offer more SUV models to meet stable global demand, with the all-new entry SUV Venue introduced in July and the Genesis brand’s first-ever SUV model awaiting global rollouts in the second half of this year.