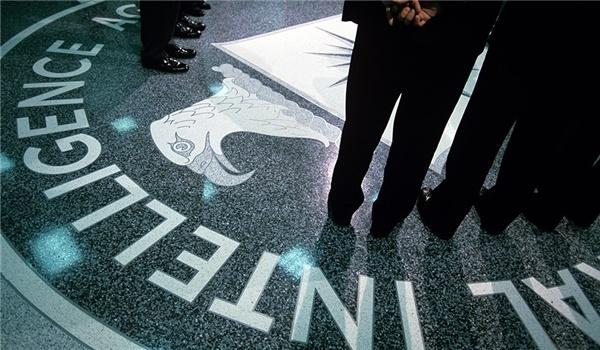 TEHRAN (FNA)- The Iranian intelligence and security forces on Monday released more details about 17 CIA spies captured last year, saying that they had all received interrogation techniques and were tasked with spying on the country’s sensitive centers.

The director-general of the intelligence ministry’s counterespionage department said in a press conference in Tehran on Monday that the detained spies had been trained by the CIA and were captured inside the country.

“The rulings for these spies have been issued and a number of them will be executed as corruptors on Earth,” he added.

Identified spies are staffs of sensitive and significant centers and their counterpart private sectors, working as contractors or consultors.

These centers include economic, nuclear, infrastructural, military and cyber fields.

Totally, 17 spies have been identified who were operating in unlinked cells.

“Since CIA abuses the process of US visa application, some of the Iranian citizens get into the visa trap and they are asked to be hired as spies in return for a US visa. Some others who intended to maintain or extend their visas, have been framed up by the CIA, in violation of the US laws,” the intelligence ministry official said, and added, “Some of the CIA’s baits managed to escape this trap with the help of their lawyers.”

“Through establishing windon companies and under the pretext of hiring Iranian specialists in these corporations or supplying equipment from abroad, the CIA arranges to get up approaches to Iranian citizens,” he added.

Direct propaganda of CIA officers under “diplomatic titles” to Iranian citizens on the sidelines of scientific conferences in European, African, and Asian countries was one of the intelligence approach methods. In some cases, CIA officers introduced themselves as an American intelligence agent and then through E-mails or messages in social networks invited users of these networks to intelligence cooperation.

Tempting promises of CIA officers, including emigration to USA, a proper job in America, and money has been among other ways used by the US intelligence body to hire spies, the intelligence ministry said, and added, “Even, medical aid abroad had been promised to some spies, but none of them came true.”

“Something in common among all members of this network is the promise to guarantee spies safety both in and outside Iran and the full assurance about not being detected by Iran counter espionage, the official said.

Later it released the photos of the CIA handlers of the captured spies as well as some relevant documents pertaining the case.

Collecting classified information from substantial centers as well as intelligence-technical operations, were the assigned missions to this network, according to the official.

He said all individuals had been trained by CIA officers in complicated courses about how to set up a safe communication from inside Iran to abroad.

CIA has used intelligence concealment containers to transfer safe communication tools and super advanced spywares for its network in Iran. Most of these containers had been prepared in shape of stones and those mentioned tools were embedded inside and spies have been assigned to retrieve them from different urban districts like parks, mountains, and so on, by using a complex procedure.

“Using containers, CIA has also sent fake identification documents for its spies in order to be used for special operations. Investigations showed that CIA has used governmental fabrication unprofessionally to provide these bogus documents. After discovery of this subject by counter espionage, CIA officers ordered their spies to evanesce all available documents,” the official added.

Despite their promise for total security, having predicted the probable compromise of this network (like what happened in 1392), CIA had put emergency exit on the agenda of spies in case of dangerous or critical situations. “Accordingly, spies had been trained and in case of danger, they should have contacted CIA and reach out to specific points in border cities, then wait for the presence of CIA bridge agent to follow his/her leads for evacuation. Of course, those spies intended to have emergency escape, have met counter espionage contact instead of CIA contact at the border and were captured. Counter interrogation training was another measure adopted for the arrest time. But when spies confronted the information dominance of the intelligence ministry, their tricks didn’t work and all of them made confessions,” he added.

According to the official, individuals who knowingly and deliberately betrayed the country and refused to compensate for the losses, have been handed over to the judiciary system.

“Others, who honestly cooperated with the security system and their remorsefulness have been proved, have been managed with intelligence direction against Americans,” he added.

“Successful exchange of experience with intelligence allies in last year, made it possible to share intelligence clues of the case (such as CIA officers information, clues, and intelligence techniques used by this network) with their intelligence services and create another global failure for CIA,” he reiterated.

Due to the use of CIA from some European and Asian countries to make connection with its sources and regarding the prior knowledge of these countries’ intelligence services about this subject, certainly all the responsibilities lie with these countries.

“Considering that CIA has been crippled, it will be natural that this service tries to restore and rebuild itself, and of course Iranian intelligence community will always be wakeful and vigilant,” he concluded.