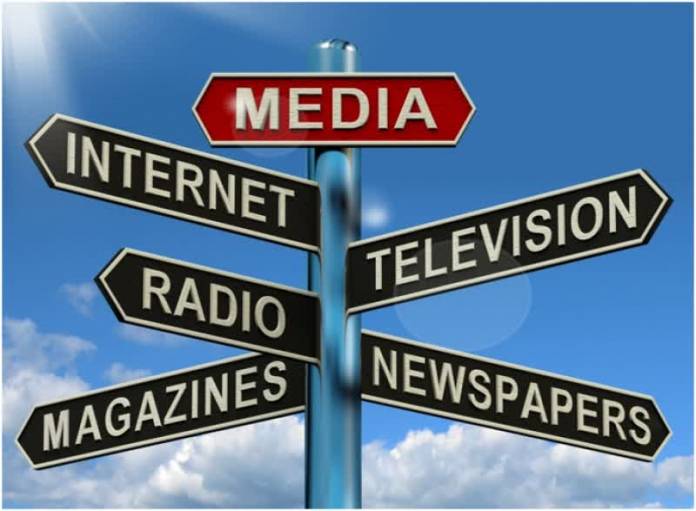 Turan.az -The State Committee of Statistics published basic economic media data, the basis of their existence and development over 2018 year. In Azerbaijan, the main legal income of the media comes from advertising. Compared with the 2017 the data are better, but still indicate a deep crisis of the Azerbaijani media.

Advertising media revenues in Azerbaijan over 2018 and 2017 (thousand manat)

On average, the media had:

An indicator of the economically prosperous and free development of the media, as well as a free economy, is the accepted world standard for the volume of the media advertising market in the country’s BBP structure, which should be 1%.

Unprecedented drop in the share of media advertising in the GDP

The share of media advertising in the GDP was 0.008%

Ideally, the domestic media advertising market should have been at least 400 million euros, but on condition of a democratic country and an open economy.

The state of the advertising market is confirmed by the conclusion of experts that the Azerbaijani media are suffering large losses in the number of the audience. The main source of information local television has an audience within 20% of the entire television audience of the country. About 67% of the audience watches Turkish TV channels, the rest watch Russian channels, and a small segment watch Western countries.

Almost all the media are subsidized by the state. Officially, in 2018, 331 newspapers were allocated AZN 2.21 million (1.15 million euros) as an aid from the State Support Fund for Media Development under the President of the Republic of Azerbaijan. On average, one edition accounted for 67 thousand manats (34.8 thousand euros) per year.

However, this form of assistance failed, as the newspapers lost influence altogether. Their daily retail sales total the tens, hundreds and rarely in thousands of copies. This is confirmed by the decision to stop the assistance to 17 print media in 2019 due to the complete disappearance of reader”s demand for them. These include: Sharg”, “Adalat”, “Unikal”, “Palette”, “Parallel”,”Azad Azerbaijan”, “Hefteichi”, “Bizim Yol” ,”Olaylar”, “Uch Negte”, “Ohumeni” , “Hurriyet”, “Rating”, “Military Oath”, “Turkistan”, “Igtisadiyat”, “Position”. Funding continued for Ses, Yeni Azerbaijan, Iki Sahil, Yeni Musavat, Kaspi, Caspian, 525th Newspaper, Baki Khabar, Novoye Vremya.

A survey of newsstands, which are the only points of retail sales, showed that these newspapers sell dozens and rarely hundreds of copies from a single issue. The lion’s share of circulation is distributed by subscription to various institutions, which indicates a compulsory subscription on the instructions from above. These newspapers in the majority act in violation of the provisions of the Law On Mass Media and the Rules of the Professional Ethical Standards of a Journalist and are thus not in demand in society.

In this case, the question arises: “What do the media live on?” their heads have expensive cars, villas, apartments, and so on. The answer is one illegal funding from the government, because all these media are the mouthpieces of the regime.

Situation behind the cordon

We will not offer from year to year recurring prescriptions for treating the disease, since they are meaningless. The history of the expansion of Azerbaijani journalism shows, the authorities act within the framework of a given policy – the poorer the media, the more dependent they are. This is the strategy of the regime, and this strategy has its advantages. By neutralizing the power of the media, it neutralized its own influence on society, giving it the opportunity to live in the information space according to the laws and trends of the free world. For this, we, citizens are grateful, but not journalists.Mehman Aliyev.

A good example of how a democratic state structure affects the economic situation of the media are examples of the post-Soviet Baltic States.

In 2017, the volume of advertising in magazines decreased by 16%, but last year the decline was 3.3%. The newspapers were able, despite the decreasing circulation, to maintain their market share – in 2017, it decreased by only 0.5%, and last year – by 0.4%. “For example, in 2016, the figures compared with a year earlier fell by 6%,” added Veskimägi.

In Latvia, the media advertising market grew last year two times faster than in Estonia, and its volume reached 123 million euros. All three Baltic countries share a rapid growth in radio and outdoor advertising. “In Estonia, the share of advertising per capita is significantly higher than that of its southern neighbors,” added Veskimägi.

In Lithuania, the media advertising market grew by 4.3% compared with 2017 and reached 116 million euros.

Oskars Rumpeters, the Director of Kantar Company, noted that in 2018 outdoor advertising (+4.1 million euros) provided the largest increase in advertising in the Baltics. In general, the volume of magazines in the Baltic States has decreased. Latvia is the only Baltic country where advertising growth is noted in all media.

The total population of the three Baltic countries is 7.5 million (this is 2.5 million less than in Azerbaijan). The volume of the advertising market per capita was 40 euros (in Azerbaijan – 0.35 eurocents with more than 100-fold lag).

GDP of Baltic countries in billions of euros

In Kazakhstan in 2018, the country’s advertising market amounted to $ 118 million and increased in comparison with the same indicator in 2017 by 6%. Share in GDP 0.07%

Structure of the advertising market of Kazakhstan (%):

In Russia, the advertising market has developed dynamically and overturned forecasts for a volume of 2 billion euros. However, these statistics have shown an incredible result – 6.15 billion euros. (439 billion rubles) The share of advertising in GDP was 0.44%. In fact, Russia regained its position in 2007, which is a great success in the conditions of a political and economic blockade. The growth of advertising was due to the development of the domestic market for the production of goods and services in conditions of free business competition, where advertising is the real engine for creating consumer demand.

The structure of advertising has developed as follows (billion euros):

The United States retains a leading position not only in terms of advertising, but their compliance with 1% of GDP. In 2018, the media advertising market in the United States showed $ 19.5 billion (17.2 billion euros). Its share in GDP was 1%

In last year’s review of the media advertising market for 2017, we traditionally offered measures to overcome the crisis in the media.

These facts and trends require immediate action, which should include: