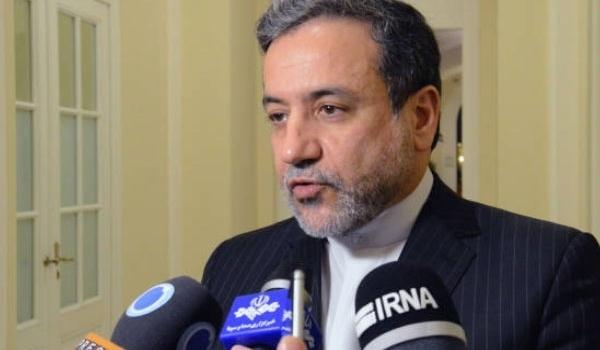 Iran’s Deputy Foreign Minister Abbas Araghchi is traveling to France to meet French President Emmanuel Macron as a crisis between the Islamic Republic and the U.K. threatens to further complicate Europe’s efforts to save the 2015 nuclear accord.

Araghchi, who left for Paris on Monday night, intends to pass on a message from President Hassan Rouhani to Macron, Abbas Mousavi, a spokesman for Iran’s foreign ministry, said in a tweet. Macron has been at the forefront of European Union efforts, along with Germany and the U.K., to keep the nuclear deal from from collapsing after President Donald Trump withdrew the U.S. from the agreement last year.

The trip comes as tensions between Iran and the U.K. remain high after Iranian military forces seized a U.K.-flagged tanker in the Strait of Hormuz last Friday. The move is widely seen as a reciprocal response to Britain’s seizure of an Iranian tanker off Gibraltar earlier this month.

Both sides have accused the other of piracy.

On Monday, U.K. Foreign Secretary Jeremy Hunt said that while Britain won’t take part in the Trump’s “maximum pressure” policy, he called on Iran to release the tanker and announced a “European-led maritime protection mission to support safe passage of crew and cargo” in the Persian Gulf.