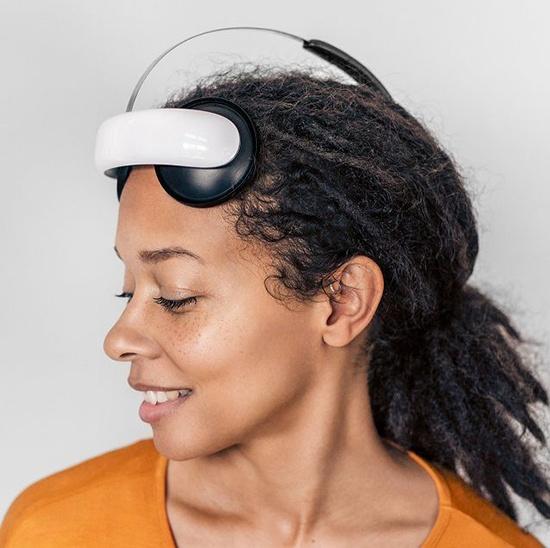 The brain stimulation headset is the only device of its kind to be medically approved in Europe.

Flow, a brain stimulation headset and therapy app used to treat depression, announced today that it has raised $1.5 million (approximately £1.2 million) in funding. The first device of its kind to be medically approved in Europe, the company hopes to pave the way in medication-free depression treatment.

The investment round was led by Khosla Ventures and the funds will be used to support the rollout of Flow, a Swedish start-up, across Europe, as well as introducing the device to healthcare clinics and funding clinical studies.

‘We’re increasing treatment choice and empowering people to self-manage their symptoms at home with an effective, personalised and non-pharmacological alternative,’ said Daniel Mansson, Clinical Psychologist and Co-Founder of Flow. ‘This has the potential to improve the standard of care, and reduce global healthcare costs.

‘The Khosla Ventures investment will support the next stage of our journey as we cement our position as European leaders of brain stimulation treatment for depression.’

Flow is in talks with the NHS about the potential for having its headset available on prescription.

Flow is an at-home treatment for depression which combines the use of a guided therapy app with a headset which sends signals to the frontal lobe in order to rebalance activity. Studies show that brain stimulation has a similar effect to antidepressants, but comes with fewer and less severe side effects.

Flow launched in the UK and Sweden in June 2019 and the headset retails at £399. However, the company is in talks with the NHS about the potential for having its headset available on prescription.

Depression is the leading cause of disability world wide, according to the World Health Organisation, and affects over 300 million people.

If you think you might be suffering from depression your first port of call should be your GP. For additional support, try one of the following resources:

✔️ Depression UK: a charity which specifies in helping those suffering from depression.

✔️ The Samaritans: a charity providing support to anyone in emotional distress.

✔️ Mind: a charity that makes sure no one has to face a mental health problem alone.

Next big COVID-19 treatment may be manufactured antibodies