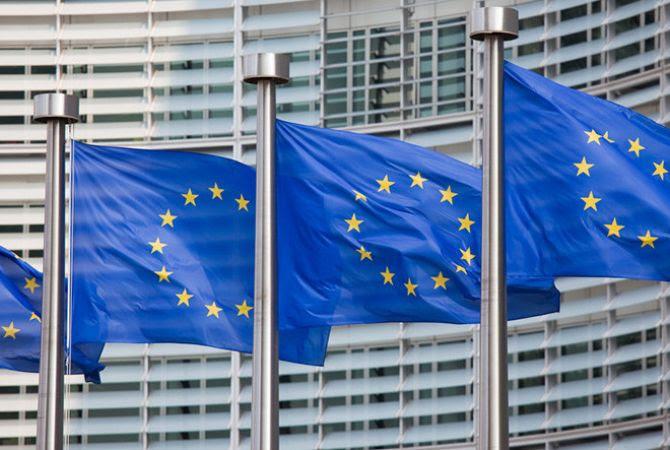 Turan.az -On July 18, Azerbaijani President Ilham Aliyev congratulated the newly elected EU leaders, President Charles E. Michel, and President of the European Commission Ursula von der Leyen. The president expressed his conviction that cooperation between Azerbaijan and the European Union will continue to develop successfully in the interests of both parties. “I hope that we will make joint efforts aimed at further expanding relations between Azerbaijan and the European Union, all-round development and deepening of our cooperation,” Aliyev said. There are two other important newly elected ones: EU High Representative for Foreign Policy Josep Borrel Fontelles and President of the European Parliament David Sassoli.

Stating that relations with the EU will continue to develop successfully, Aliyev sends a message that relations will remain as they were. Because success in words, and not in practice, has been a real situation in EU-Azerbaijan relations since the establishment of the 1997 treaty relations.

Except for energy projects that were prolonged from both sides, when the EU used Azerbaijan to diversify energy imports and Baku got access to energy markets outside the post-Soviet space, it did not go further. Azerbaijan is listed as an outsider in the Eastern European strategic program, and under various pretexts, it is delaying the signing of a new agreement with the EU instead of an outdated Soviet treaty. Moreover, the process of European integration is blocked by official Baku. Azerbaijan practically does not fulfill obligations of a bilateral nature. This can include refusal to join the WTO, simplify the visa regime for EU citizens, sign the “open sky” aviation agreement, carry out democratic reforms, and ensure the protection of human rights, the rule of law, freedom of assembly and many other things.

Until the last moment, the outgoing EU leaders in the person of Tusk, Juncker, and Mogherini hoped to sign a renewed EU agreement with Azerbaijan this spring. However, protracted negotiations filled with promises of the Azerbaijani side did not come true. Apparently, the counting on the “lame duck” factor helped Aliyev to gain time waiting for a change in the EU leadership. Now everything will start in a new way, which gives the Azerbaijani president time and room for maneuvers for another few years. Will Aliyev”s tactics justify exhausting the enemy (this is how the EU sees itself in the official corridors) that Azerbaijan seeks to enter into the European political and economic space?

The new EU leaders unequivocally perceive the authoritarian Russia, an important ally of Azerbaijan, an opponent of European politics in the post-Soviet space, and understand the threats of the Kremlin”s counterattacking steps on the European field, which is expressed in attempts to dissolve European countries, conducting acts of retaliation and large-scale disinformation war.

We know nothing about their views on Azerbaijan. But if to take into account that Baku plays in a smaller scale the same game as Moscow, then we can expect that the relations between the new EU leadership and the old leadership of Azerbaijan will be at least cool, if not cold. I would not like to talk about the Cold War, but there is doubt that the attitude of Brussels will not be friendly.

Perhaps, Baku is counting on the fact that two of three leaders of the executive branch of the EU are famous for compromises, which gives a wide field in space and in time to delay the European integration.

Charles Michel is known as the master of compromise and concessions that emerged during the resolution of the Belgian crisis, when he managed to head the cabinet of ministers of the four parties.

Former Spanish Foreign Minister Josep Borrell became famous for his skillfully balancing between opinions and positions of opposing sides, which was manifested in the foreign policy aspects of Spanish and European foreign policy. He is a supporter of rapprochement with Moscow, which he calls “the old enemy of Europe.” He understands the actions of the Kremlin in the post-Soviet space, but, at the same time, gives advice to Ukraine on how to resist the pressure of Russia.

But these balanced notes are smoothed by the principled position of Frau Ursula von der Lyayen. The fact that the Baltic countries have unanimously welcomed her election as president of the European Commission speaks for itself. As a former German defense minister, she unreservedly supported sanctions against Russia for annexing Crimea and supporting separatism in the Donbas. This position may change only in the event of the Kremlin refusing this policy.

Of course, the role of personalities, in this case in European history, should be taken into account. However, the EU is not a community ruled by authoritarian methods, but an organization built on the balance of power institutions and common values.

In this case, the newly elected EU statements will advance the will and interests of the community, including in the post-Soviet space, and in particular in access. After the collapse of the Soviet Union Brussels set out the integration of the former Soviet republics into the European Union and NATO. This process proceeds inconsistently and at different speeds, but in the given direction.

On June 28, 2016 in Brussels, EU High Representative for Foreign Affairs and Security, Federica Mogherini, presented a new EU foreign and security policy strategy. This 56-page document entitled “Common Vision, Common Action: A Stronger Europe” also includes a strategy to deepen relations with the countries of the Eastern community. The strategy stated that the EU will work on “improving the sustainability” of its “eastern neighbors” and defend their right to “freely determine” their approach to the EU. Moscow understands “sustainability” as the ability to resist Russia and the ability to leave the sphere of influence of Russia.