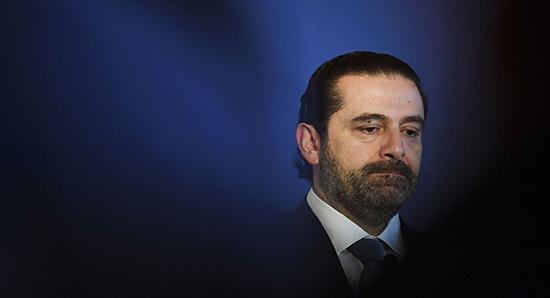 The Cabinet has not convened since the deadly June 30 shooting in Qabr Shmoun, with Hariri fearing escalating tensions between rival ministers if the conflict is not resolved.

BEIRUT: After almost a month standing on the sidelines, Prime Minister Saad Hariri’s Cabinet might convene sometime this week after the deadly Aley clashes were referred to the Military Tribunal, despite Minister of State for Refugee Affairs Saleh Gharib clinging on his insistence for the case to be transferred to the Judicial Council.

The shooting, which took place on June 30 in the village of Qabr Shmoun, has seen tensions simmer between the two rival Druze camps, the Lebanese Democratic Party and Progressive Socialist Party.

Supporters of the PSP, led by Druze leader Walid Jumblatt, were involved in an armed scuffle with the entourage of Gharib, a member of Talal Arslan’s LDP. Two of Gharib’s bodyguards were killed while another two were injured.

Four men involved in the deadly altercation have so far been detained, with the Military Tribunal now tasked with deciding on whether there’s enough evidence to prosecute them.

Hariri has stressed that he will refrain from putting the issue of the Judicial Council on the agenda of the upcoming Cabinet session, which might divide the 30 man government down the middle, further obstructing its work.

The Free Patriotic Movement, who has had its fair share of disagreements with the PSP recently, along with Hezbollah, has thrown its support behind the LDP. Meanwhile, the now-defunct March 14 alliance may close ranks, with the Lebanese Forces and Future Movement siding with the PSP.

Speaker of the House Nabih Berri, a longtime ally of Jumblatt, has also sought to resolve the matter far from the Judicial Council.

Gharib also reiterated his backing for reactivating the Cabinet, maintaining that Hariri has been making “a series of contacts to reconcile viewpoints.”

“We are open to discussing appropriate solutions for this matter,” he said, before doubling down on his insistence on taking this issue to the Judicial Council.

“We welcome a vote on the matter at the next Cabinet session,” he added.

President Michel Aoun has also taken an active role to resolve the conflict, holding talks with General Security chief Abbas Ibrahim Tuesday with the latter acting as a mediator between the two Druze camps.

The Cabinet has not convened since the shooting, with Hariri fearing escalating tensions between rival ministers if the conflict is not resolved.

However, given that the austerity budget was passed late last week by the Parliament, the Cabinet now faces a plethora of items on its agenda that have to be dealt with.

The tax-heavy budget seeks to curb spending and raise revenues as concerns over the government’s ability to follow through on its payments while maintaining the currency peg and avoiding a Greece-like crisis. 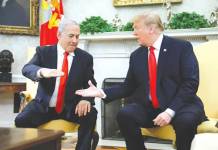 Trump: I will release the Middle East peace plan before Netanyahu visit

Lebanon’s Cabinet Lineup: Who are our Ministers?