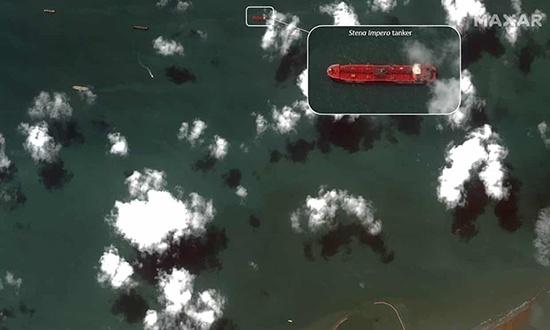 Plans for a European-led maritime security force in the Gulf unveiled by the UK foreign secretary, Jeremy Hunt, hit choppy waters as the plan was rejected by Iran and met resistance from supporters of the incoming prime minister, Boris Johnson.

It has also been seen by British shipping industry experts as not providing a short-term solution to the crisis facing UK-flagged shipping in the Gulf.

On Monday, Hunt unveiled a plan for a European-led maritime security force, making clear he regarded a proposed rival plan for a US force as likely to be seen by the Iranians as an escalatory step, partly since Washington opposes the Iran nuclear deal.

America’s rejection of the Iran deal in May 2018 has set off a chain of slow-motion events culminating in the seizure last Friday of the British flagged ship Stena Impero. Hunt condemned the Iranian seizure as an act of state piracy.

The Iranian vice-president, Eshaq Jahangiri, said any international coalition to protect the Gulf would bring only insecurity. “There is no need to form a coalition because these kinds of coalitions and the presence of foreigners in the region by itself creates insecurity,” he said. “And other than increasing insecurity it will not achieve anything else.”

Iran has dispatched one of its most senior diplomats, Abbas Araghchi, to Paris for talks with the French president, Emmanuel Macron, in a bid to find a way out of the impasse. He is said to be carrying a written message from Hassan Rouhani, the Iranian president.

Iran said it would attend a Sunday meeting in Vienna of diplomats from countries still supporting the 2015 nuclear deal as they try to salvage the agreement.

European leaders have broadly welcomed the Hunt plan even if it is seen as ironic that the UK is proposing a European security initiative at the point it plans to the leave the EU.

The UK envisages a multinational maritime operation that could also include countries in the Gulf region. A multinational operation is perceived as faster to set up than an EU mission, as the UK government faces pressure from industry to protect the half a trillion dollars that passes through the strait of Hormuz each year.

A UK diplomat said: “We are engaging our partners around the world, including within the EU. EU partners have expressed interest in our proposal.”

Johnson’s allies appear to be willing to continue Britain’s support for the Iran nuclear deal, but see no need for America to be excluded from plans for a maritime security patrols through the Gulf. There is also resentment at the fact Hunt is attempting such far-reaching steps with implications for the future of the “special relationship” when he may be living on borrowed time as foreign secretary.

The Foreign Office said any distinct European-led maritime initiative would not exclude America, but work in cooperation with the US naval forces.

Hunt told MPs on Monday that the UK “will be seeking to coordinate any European efforts on freedom of navigation with anything that the US does. But we want our contribution, the UK’s contribution, to be to make that coalition as broad as possible”.

Recent tensions in the Gulf

Hunt’s allies believe he could not leave a vacuum at a time of crisis and there is no constitutional requirement for the cabinet to consult a then-candidate for the Conservative leadership over British security plans. Hunt’s future as foreign secretary remains in question and the scale of his leadership election defeat will be weighed against the disruption of changing foreign secretary at a time of crisis.

British shipping representatives fear the plan for a European-led convoy might take as long as four months to be operational and many British ships, fearing capture by Iran, might de-flag in the interim unless they feel fully protected. They are seeking talks with the Department for Transport over interim protection.

British shipping executives reported the cost of war insurance for shipping going through the strait of Hormuz was soaring. They said the costs for a voyage through the strait for a very large crude carrier (VLCC), the most common supertanker in the range of 200,000 to 400,000 tonnes, was set to rise by about $500,000 (£402,000). There are fears that shipping companies will start unflagging from the British ensign fearing the flag turns the ship into an Iranian target. Some Iranian MPs have also called for tolls on British and US ships moving through the strait.

The Iranian foreign minister, Javad Zarif, insisted Johnson needed to understand Iran was not seeking confrontation. Speaking after meeting his Nicaraguan counterpart, Denis Moncada, on Monday, he told reporters “It’s important for everybody to realise, it’s important for Boris Johnson to understand, that Iran does not seek confrontation. Iran wants to have normal relations based on mutual respect.”

Using his usual description of the group around the hawkish US national security adviser John Bolton as the B-team, he said: “It is much much better for the United Kingdom not to be engaged in implementing the ploys of the B-team. The B-team is losing ground in the United States and now they are turning their attention to the UK. I guess the same policies that failed in the US will fail in the United Kingdom.”

The diplomat made the remarks after Britain delivered a volley of threatening messages to Iran in response to its seizure last Friday of a UK-flagged tanker. Stena Impero was captured and an investigation initiated after the tanker collided with an Iranian fishing boat in the Persian Gulf and refused to respond to its distress call.

“The UK ship had turned down its signal for more time than it was allowed to [and] was passing through the wrong channel, endangering the safety and security of shipping and navigation in the strait of Hormuz, for which we are responsible,” he said.

Nathalie Loiseau, the former leader of Macron’s party in the European parliament, said the two priorities were de-escalation and monitoring in the strait of Hormuz. Speaking on BBC World Tonight, she said: “What I find extremely interesting when a British ship has been seized – and it’s a question of high concern in the UK and rightly – there is this reflex to call the Europeans. At the very moment when you are talking about Brexit you can see we have common threats and have common ways of assessing threats.

“I listened carefully to the foreign secretary saying the initiative he has in mind is very different from the American initiative of a policy of maximum pressure.”