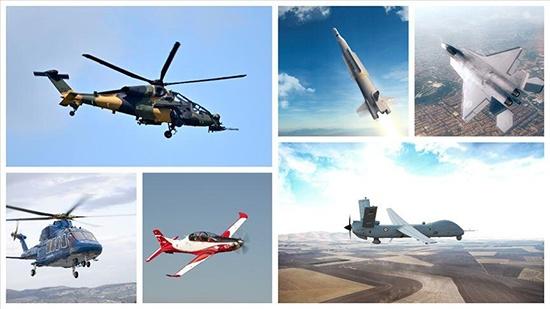 The country’s largest defense electronics company Aselsan ranked 52nd in the list, up from the 55th last year, with its $1.8 billion defense revenue. In the previous year, the company’s revenues stood at $1.24 billion.

Missile producer Roketsan, which ranked 89th in the list, recorded a $522.8 million defense revenue. It was 96th in the previous list.

The local defense and aerospace industry’s total turnover has increased steadily over the past decades.

Export revenues of local defense and aerospace companies jumped to a record $2.04 billion last year from a tiny $487 million in 2006.

Last year, the U.S. was the top exports market of the aviation and defense industry sectors with $726.7 million, up 5 percent from a year earlier.

It was followed by Germany with exports worth of $226.1 million, rising 8 percent compared to 2017.

Turkish exports to Oman in the defense and aviation industry posted the most significant increase with 1,046 percent during the same period and $153.4 million worth of export delivered to the country.

In the first six months of 2019, Turkey’s defense and aerospace shipments showed a strong 41.4 percent increase on an annual basis to hit $1.28 billion.

Meanwhile, Chinese companies were also included in the list for the first time since 2001.

Chinese companies’ total defense revenue was around $97 billion in 2018.

While 41 defense companies were from the U.S., 10 firms were British, eight Chinese, four Turkish, four South Korean, four French, and the rest of them from around the world.