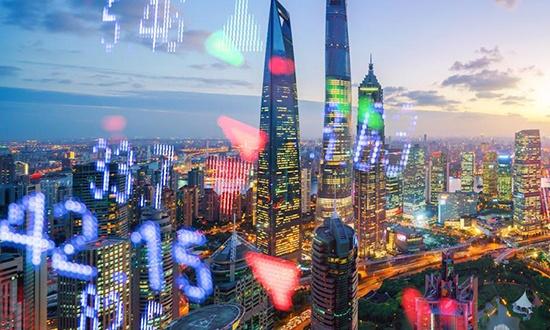 The top performers over the past six weeks have been Singapore, China and Taiwan

Singapore, China and Taiwan have outperformed the rest of Asia during the past six weeks. China’s economy appears to have seen the worst of the impact of the trade and tech war, and showed signs of strength in retail sales and industrial production. If the US and China continue back away from the brink and trading conditions gradually normalize, as I expect, Taiwan will benefit from higher exports to China, and Singapore will benefit as the service and financial center for much of Asian trade.

The Trump Administration continues to send dovish signals. Ambassador Robert Lighthizer, the US special trade representative, reportedly will visit Shanghai next week. Presidential economic adviser Larry Kudlow told reporters today that he expected a meeting to take place and that it would be “a very good sign.”

China isn’t waiting for a deal with the US to press trade initiatives. Daimler rose by 4.35% in European trading today after China’s Beijing Automotive Group Co bought a 5% stake in the beleaguered automaker for $2.8 billion. Volkswagen is already the best-selling nameplate and China, which accounts for about half its sales, and the other German automakers gradually are becoming Chinese companies. BMW meanwhile announced a joint venture with China’s Tencent to build driverless vehicles. The long-term prospects for Daimler, BMW and Volkswagen are strong, in my view, and patient investors have an opportunity to buy some of the world’s best manufacturing companies at 6 to 8 times earnings. I underscore the qualifier “patient,” because near-term performance may be sloppy.

As I wrote yesterday in this space, the US administration has been forced to conclude that its campaign to stop China’s Huawei Technologies from dominating the global rollout of 5G broadband has failed. That leaves the Trump Administration with few good options in the incipient tech war, and the White House appears inclined to declare victory and go home in time for the 2020 election campaign.

Different gauges of Asian market valuation are shown in the table below. Malaysian stocks have the lowest return on equity in the region and the highest valuation (that is, the lowest earnings yield). China’s index ROE is close to that of the S&P 500 (at 13% vs. the S&P’s 15.45%), and has the highest earnings yield next to Singapore. Note that I comparing dollar-denominated ETF’s in order to eliminate currency effects.

Among the top performers, the Singapore market is the least volatile. The implied volatility of options on the Singapore country ETF (EWS) trade at just 15%, vs. 25% for Taiwan (ticker EWT). Singapore offers a combination of lower risk and positive exposure to a revival of Asian trade.