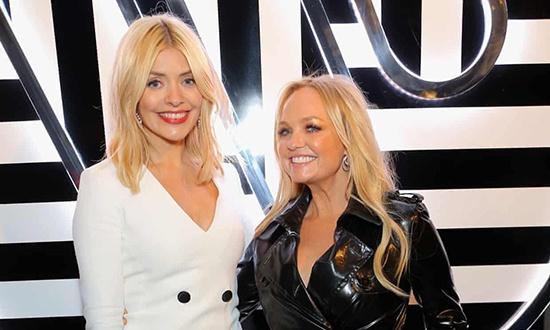 In the latest instalment of Mel B’s sordid tales, the singer let slip in a radio interview that fellow Spice Girl Emma Bunton once shared a “girl kiss” with the This Morning presenter Holly Willoughby on a night out. Despite Willoughby suggesting she has never experimented with her sexuality, Mel B (Melanie Brown) blurted the story out regardless. When Brown confronted Willoughby with the claim, the latter neither confirmed nor denied it, saying – according to Brown: “Why would you say that out loud?”

Why indeed. Perhaps it’s because lesbian gossip is the hottest gossip, for two reasons. First, being gay was, for a long time, not a positive thing, particularly if you were famous; when Ellen DeGeneres came out in 1997, she all but lost her job (the sitcom, Ellen, was cancelled the following season, and DeGeneres has stated how hard she found it to get work). Laura Dern, who played her girlfriend on the programme, did not work for a year and a half after the show aired. So, when something goes to ground – sexual relationships, say – it is only natural that it ignites people’s curiosity.

Second, many women do, in an undefined way, want to try sleeping with another woman. So it piques their interest when someone else is at it. And as a bonus third reason: women are fetishised. So two women equals … well, you do the maths.

The real confusion is what defines a “girl kiss”? It certainly feels deeply out of touch, like something Jacob Rees-Mogg would say, if he could imagine such a thing in the musty cavern of his mind.

Who knows why Mel B said this about Bunton and Willoughby – maybe she was trying to give lesbians a touch of Willoughby’s daytime TV wholesomeness, or perhaps she was trying to shift some of the heat after her own claims of sleeping with her bandmate Geri Horner in the 90s, with Horner dismissing reports of a relationship as “simply not true”. Or maybe she was hinting that she would like to start a new girl-on-girl band. One thing’s for sure: one girl kiss does not a lesbian make.