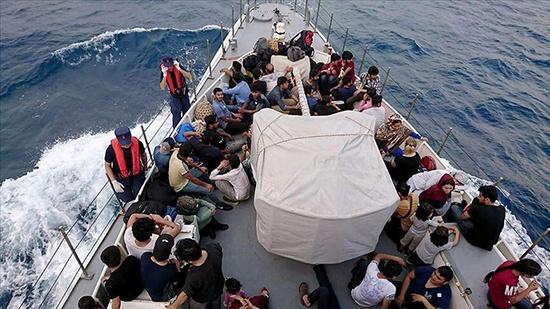 Some 144 undocumented immigrants have died so far this year due to reasons such as traffic accidents, freezing and drowning, Turkey’s state-run Anadolu Agency reported, citing data from the Directorate General of Migration Management.

Many of the irregular immigrants first enter Turkey through illegal means and then seek to enter Europe via the Mediterranean, Aegean and Black seas.

Thanks to the efforts of the Turkish Coast Guard, the lives of 16,724 irregular immigrantshave been saved so far in 2019 within the Turkish Search and Rescue Region in territorial and international waters, the agency said.

Some 268,000 irregular migrants were detained in Turkey in 2018, according to the Interior Ministry.

Turkey has been a key transit point for irregular migrants aiming to cross into Europe to start new lives, especially those fleeing war and persecution.