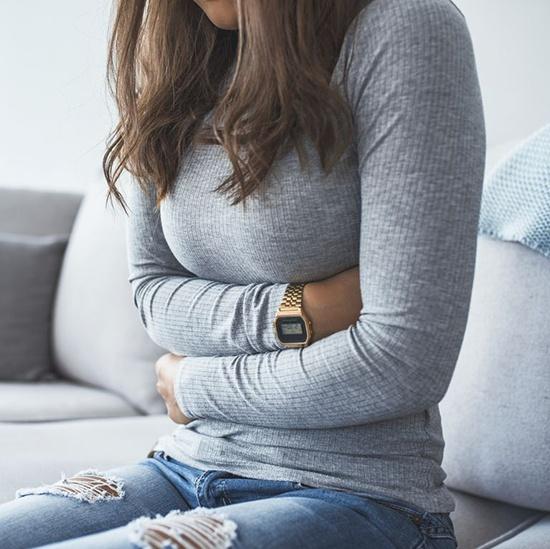 The risk factors you need to know about.

Sadly, not all pregnancies go to plan. One of the possible complications after taking a positive test is an ectopic pregnancy, where the fertilised egg attaches itself somewhere outside of the uterus.

While this is a rare occurrence, there are some risk factors it’s worth knowing. We look at the causes, symptoms and treatment for ectopic pregnancy:

What is an ectopic pregnancy?

Symptoms of an ectopic pregnancy

However, some women do not have these symptoms and do not suspect that they might be pregnant. The vaginal bleeding can vary from being slight or brown vaginal discharge to being like a normal period.

If you are pregnant and have a long-lasting throbbing in one side of your lower abdomen or if you experience sudden pain you should contact your doctor. This is important because an ectopic pregnancy can be life-threatening if it ruptures and causes internal bleeding.

Causes of an ectopic pregnancy

In a normal pregnancy, the egg is fertilised by the man’s sperm in the Fallopian tube and is then transported into the cavity of the womb where it attaches itself. This is called implantation.

This transportation is made possible by the tiny cilia (finger-like projections) in the delicate inner lining of the Fallopian tubes that push the fertilised egg along.

Risk factors may be present that increase the likelihood of a woman experiencing an ectopic pregnancy. These are:

Many women experiencing an ectopic pregnancy do not have any of these risk factors.

🔹 Becoming pregnant with in vitro fertilisation (test-tube methods). When using the test-tube method to overcome infertility one or more eggs are inserted into the woman’s uterus. Despite being placed within the womb, the fertilised egg may still attach itself to the wrong area outside the cavity of the uterus.

However, many women experiencing an ectopic pregnancy do not have any of these risk factors, and there’s no particular reason it occurs.

How is an ectopic pregnancy diagnosed?

A urine test for pregnancy will nearly always be positive but it might be only weakly positive. In cases of doubt, a blood pregnancy test may be performed, which is always positive in ectopic pregnancy.

A blood pregnancy test may be performed, which is always positive in ectopic pregnancy.

In the case of ectopic pregnancy, the uterus will often be smaller than expected for the number of weeks since the woman’s last period and this can be checked by an internal pelvic examination. The doctor might feel a tender swelling corresponding to an ectopic pregnancy.

An ultrasound scan will help the doctor differentiate between a possible miscarriage, a continuing pregnancy inside the womb and an ectopic pregnancy. Further investigation depends on the woman’s symptoms, the scan findings and the level of pregnancy hormone(HCG) in the woman’s blood. If there is uncertainty about the diagnosis then waiting 48 hours and measuring the level of HCG again is often appropriate.

How is an ectopic pregnancy treated?

If an ectopic pregnancy is strongly suspected then the gynaecologist will perform a laparoscopy to confirm the diagnosis. Laparoscopy is performed through small incisions on the abdomen and the ectopic pregnancy can usually be removed in this manner.

The Fallopian tube in which the ectopic pregnancy occurred is often, but not always, removed at the same time. However, in some instances, open surgery becomes necessary in which the pregnancy is removed through a larger incision above the pubic hair line.

If an ectopic pregnancy is strongly suspected then the gynaecologist will perform a laparoscopy.

This option is usually chosen if technical problems occur during the laparoscopy or if the internal bleeding in the abdominal cavity is difficult to control.

An alternative treatment to surgery is a medicine called methotrexate (Maxtrex), which decreases the growth of cells in the ectopic pregnancy (unlicensed use). As a result the pregnancy shrinks and eventually disappears.

The advantage of methotrexate is that it avoids the need for surgery but success rates with methotrexate tend to be slightly lower than with surgery. Occasionally, both surgery and methotrexate will be necessary.

The outlook for future pregnancies after an ectopic pregnancy depends on several factors, especially whether the other Fallopian tube appeared normal or not.