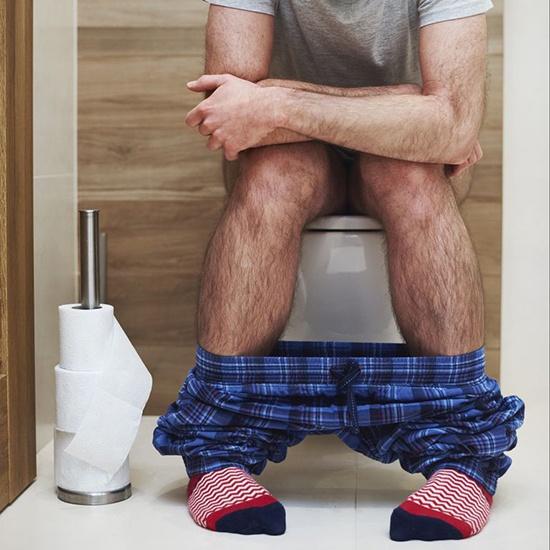 What to do if you get a sickness bug AND the trots at the same time.

Struck down by sickness and diarrhoea? Gastroenteritis is a common condition usually caused by a bacterial or viral tummy bug that results in a bad stomach and vomiting. While gastroenteritis can be undeniably unpleasant, the good news is it usually clears up within a week. But what are the causes, how do you treat it and when should you seek urgent medical assistance?

Gastroenteritis is an infection of the bowel and is sometimes called a tummy bug, food poisoning, the trots or traveller’s diarrhoea. It’s very common, with about 20 per cent of people in the UK being affected by it every year, although for most people this is mild and self-limiting and does not require medical attention.

The infection – whether viral or bacterial – irritates the lining of the stomach and gut making the bowel muscles tighten, which in turn triggers vomiting and/or diarrhoea.

Depending on the type of bug involved and its severity, symptoms can occur from an hour to several days after getting infected.

The most common cause of gastroenteritis include the following:

Such as with the norovirus and adenovirus.

Such as food infected with campylobacter, salmonella and E coli. Meat, poultry, dairy products, eggs, shellfish and parboiled rice are the most commonly affected.

Common gastroenteritis symptoms include the following:

✔️ The main symptom is usually watery diarrhoea and you may also feel sick and start vomiting.

✔️ In some cases of gastroenteritis there may be blood or mucus in the stools.

✔️ Cramping abdominal pains are usual, and these may come and go, typically being worse before a bowel movement and easing afterwards.

✔️ There may also be a high temperature, tiredness and muscle aches and pains.

✔️ If you become very weak, have trouble waking up, have sunken eyes, go very pale, stop passing water or get very dry skin and tongue, you may be dehydrated and need urgent attention.

How is gastroenteritis diagnosed?

Most people with mild gastroenteritis recognise their symptoms and do not need any medical attention.

Tests are not usually needed although if diarrhoea persists for a number of days then a stool (faeces) sample may be tested to try to identify the cause of the infection. Diagnosis is mostly by the symptoms alone however.

When should you see a doctor for gastroenteritis?

There are a number of situations where medical advice should be sought, usually if symptoms are not settling after 48 to 72 hours.

These include the following.

Fortunately, most cases resolve quickly and without requiring any particular medical treatment. In the meantime, try the following:

✔️ The main aim is to prevent dehydration from occurring or to treat it if it does.

✔️ As a rough guide try to drink around 250mls of fluid after each episode of diarrhoea, in addition to what you would normally drink.

✔️ If vomiting occurs, try to drink again but more slowly and 10 minutes after vomiting.

✔️ Try to drink water and avoid drinks with lots of sugar in them as this can sometimes make diarrhoea worse.

✔️ If required, rehydration drinks can be obtained from a pharmacist and these can be helpful in the elderly or those with chronic health problems.

✔️ Eat small, light meals but do not feel you have to eat if you do not feel hungry. Don’t stop drinking, and avoid spicy, fatty or heavy food.

✔️ Medication is not usually required but treatments such as loperamide – available from a pharmacist – can help reduce the frequency with which you go the toilet. These should not be given to children under the age of 12, or for more than five days.

How to prevent the spread of gastroenteritis

To prevent the spread of infection, it’s important to stick to the following hygiene rules:

➡️ Always wash your hands before eating or preparing food and after going to the toilet, and don’t serve or prepare food for other people.

➡️ Don’t share flannels or towels, and stay off work until 48 hours after the diarrhoea and vomiting has stopped.

➡️ Wash all utensils, boards and surfaces used for meat and poultry with hot, soapy water and don’t let raw food come in contact with these surfaces.

➡️ If you are abroad, don’t eat raw food or food from street stalls and drink only bottled or boiled water or drinks.

➡️ Avoid putting ice in drinks and use water purification tablets if needed.

Benefits of running: 17 convincing reasons to lace up