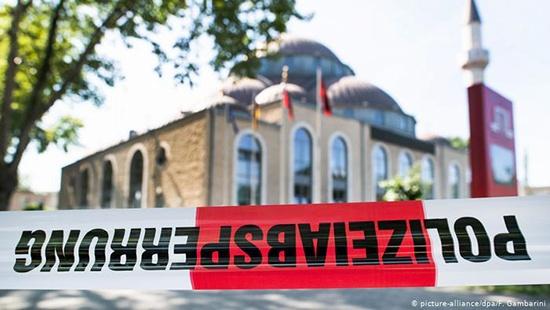 Germany’s Muslims feel increasingly threatened after a number of recent bomb scares at mosques. Now, the heads of the country’s leading Muslim associations want the government to take protective action.

Enough is enough, says 49-year-old lawyer Nurhat Soykan, the spokeswoman for Germany’s Coordination Council of Muslims. The organization was established in 2007 as a platform to bring together Germany’s four major Islamic organizations: the Central Council of Muslims in Germany, the Turkish-Islamic Union for Religious Affairs (known as DITIB), the Islamic Council for the Federal Republic of Germany and the Association of Islamic Cultural Centers.

In the face of the recent spate of threats against Muslim places of worship, Soykan has appealed to German authorities. “Muslims are deeply unsettled,” she says. “The state is obliged to undertake confidence-building measures.” She insists German authorities have a duty to guarantee that all people can practice their faith without fear and danger of violence. “Our co-existence is in jeopardy, and thus our democracy,” Soykan says. “That is unacceptable.”

The chairman of the Central Council of Muslims in Germany, Aiman Mazyek, agrees wholeheartedly. He is equally worried about violence and threats of violence against Muslims. “Islamophobia or Muslimphobia have significantly increased,” he told DW. “Mosques are attacked or desecrated almost weekly.” Mazyek says that individuals are increasingly being targeted, too: “Since 2017 — when Islamophobic attacks against Muslims and mosques were first recorded — there has been a rise in attacks causing physical harm.” Mazyek says the attacks grown more violent and that many instances go unreported, as police forces and Germany’s judiciary lack awareness and respective training. This problem is compounded, says Mazyek, by the fact that many Muslims do not report such abuse.

Interior Ministry figures back up Mazyek’s argument. According to the ministry, 1,075 Islamophobic crimes were recorded and 239 mosques were attacked in 2017. And while data for 2018 is not yet available, preliminary figures show that more people were injured than in the previous year. The figures, published on request of Germany’s Left party, reveal that between January and September 2018, 40 individuals were injured in Islamophobic attacks. In 2017, there had been 27 such incidents within that same time period, and 32 attacks over the course of the entire year.

The Friedrich Ebert Foundation’s biennial studies on far-right sentiments among Germans indicate just how widespread Islamophobic prejudices are. The representative research series was launched in 2006 and compares — among other things — prejudices against different societal groups. It finds that almost one in five people think negatively of Muslims.

Given these figures, it is hardly surprising that some Muslim congregations have begun holding seminars about potential threats, Mazyek said several months ago. That includes introducing security checks, working to improve police responsiveness and raising awareness so that Muslim congregations report Islamophobic incidents, he said.

While the threats against Muslims have risen, mosques have not been granted permanent police protection. German Interior Minister Horst Seehofer has stated that “places of worship could be targeted by terrorists. If there is evidence of a threat, such places will receive extra protection.”

But in light of the numerous threats issued against German mosques, Soykan is unsatisfied with Seehofer’s stance. “The current threat level is being underestimated, and our calls to better protect mosques have not been heeded,” she says. All the recent bomb threats have turned out to be fake. But given the current conditions, Soykan says, Muslims in Germany are from being able to mosques without reservations.