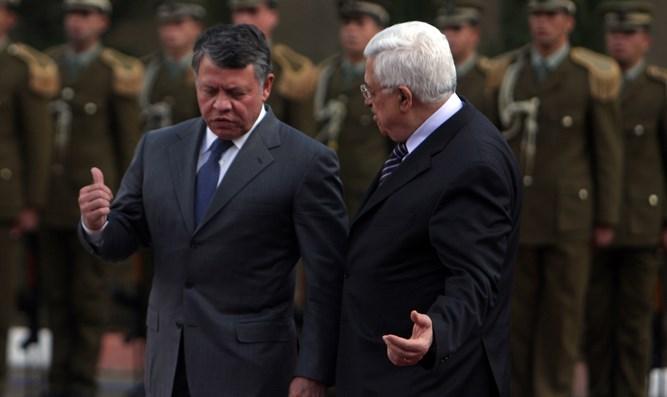 In meeting with PA chairman, King Abdullah restates his position that creation of Palestinian state is the only way to end the conflict.

During the meeting, King Abdullah restated his position that the creation of a Palestinian state with eastern Jerusalem as its capital is the only way to end the conflict.

The meeting with Abbas comes ahead of a visit to the region by Jared Kushner, US President Donald Trump’s son-in-law and senior advisor.

Kushner will visit Israel, Jordan, Saudi Arabia, Egypt, the United Arab Emirates and Qatar. He is returning to the Middle East to promote the Trump administration’s economic peace plan for the Palestinians.

The Trump administration unveiled the economic component of its peace plan at the economic workshop in Bahrain in late June.

Jordan was one of the Arab countries that attended the Bahrain conference, but its Prime Minister, Omar Razzaz, later reiterated that Jordan will not accept any deal that neglects the legitimate right of the Palestinians to establish a state.

Little is known about the political component of the peace plan, but Kushner indicated in April that the plan would not focus on the two-state solution.

The PA has rejected the US peace plan before it has even been unveiled, claiming it is biased in Israel’s favor.