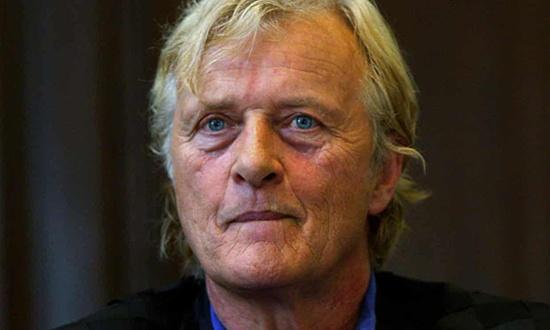 Dutch actor renowned for his role as ‘replicant’ Roy Batty in Ridley Scott’s sci fi epic, was equally at home in Hollywood and European cinema

Rutger Hauer, the Dutch actor best known for his role as android Roy Batty in seminal sci-fi film Blade Runner, died at the age of 75. His website announced the news, saying that Hauer had died on Friday “after a very short illness… Rutger passed away peacefully at his Dutch home”.

Director Guillermo del Toro was among those paying tribute, calling him “an intense, deep, genuine and magnetic actor that brought truth, power and beauty to his films”.

Hauer’s appearance as the blond-haired “replicant” Batty in Ridley Scott’s 1982 film remained his signature, with Hauer writing much of the dialogue for his memorable final speech.

Scott had cast him sight unseen on the strength of a string of performances Hauer had made for fellow Dutch film-maker Paul Verhoeven, including Katie Tippel, Soldier of Orange, and Turkish Delight.

Born in 1944 in Breukelen, Hauer served a short stint as a medic in the army before finishing his training as an actor. Verhoeven cast him in his first significant screen role in the 1969 TV series Floris, before giving him a role in his 1973 feature Turkish Delight. After completing a number of films for Verhoeven, Hauer gained attention in Hollywood playing a brutal terrorist in the 1981 Sylvester Stallone picture Nighthawks.

Blade Runner, though a commercial flop on its release, swiftly became a much-admired cult film, and Hauer became a fixture in both Hollywood and European cinema. The Hitcher, in 1986, was another attention-grabbing role, and the lyrical 1989 Italian drama The Legend of the Holy Drinker won the Golden Lion at the Venice film festival. In the 1990s Hauer became well known in the UK for series of commercials for Guinness beer.

In recent years Hauer’s acting work was largely confined to low budget and cult films, including Dario Argento’s Dracula 3D and Hobo with a Shotgun. He was married twice, to Heidi Merz (from whom he was divorced) and Ineke ten Cate, who survives him.