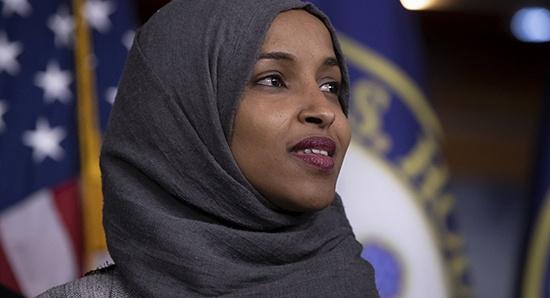 In a 2018 interview that has recently gone viral, Democrat Ilhan Omar responded to a question about the fears “some people have of “jihadist terrorism” by saying Americans should be “more fearful of white men.”

In the interview, Al Jazeera host Medhi Hasan said some Americans feel justified in fearing Islam out of their own safety, before listing a number of radical Islamic terror attacks. Omar dismissed the suggestion, claiming there is much more harm coming from white males across the country.

“I would say our country should be more fearful of white men across our country because they are actually causing most of the deaths within this country,” she replied. “And so if fear was the driving force of policies to keep America safe – Americans safe inside of this country – we should be profiling, monitoring, and creating policies to fight the radicalization of white men.”

Netizens were offended by her suggestion, noting that such rhetoric is dangerous and would be called racist if it was a white woman speaking about men of colour.

This isn’t the first time Omar has been criticized for making controversial statements. She has been publicly challenged on quotes about Al Qaeda and the 9/11 terror attacks, most specifically when she appeared at a Council on American-Islamic Relations (CAIR) fundraiser earlier this year and described the carnage from September 11th as, “some people did something,” causing outrage from US President Donald Trump, who accused her of showing compassion for terrorists.