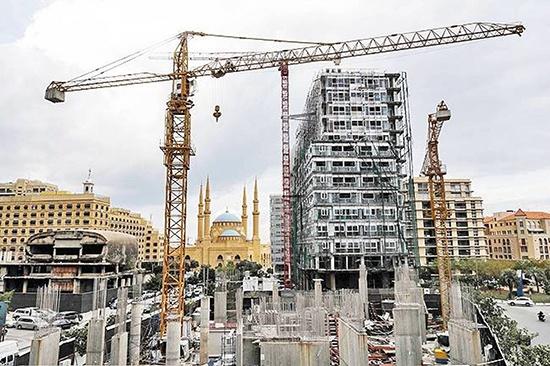 The economic slowdown that started in 2014 is recognizable in the vacant units, concrete skeletons scattered in Beirut and Mount Lebanon.

BEIRUT: The economic bubble of 2007 has left Lebanon as a major hub for real estate investment in the region, after years of uncontrolled real estate activity and unsustainable legislation that caused an excessive housing development and changes in the social structure.

The economic slowdown that started in 2014 is recognizable in the vacant units, concrete skeletons scattered in Beirut and Mount Lebanon. Current real estate vehicles and regulations should be altered to tackle the difficulties of financing due to high-interest rates and the absence of housing loans, one of such vehicles is the Antiparochi System.

The Antiparochi system is a housing system used in Greece which was empowered back in 1929 by the law of horizontal ownership. Through it, a landowner could turn over the plot to a contractor, in order to build a project and receiving in exchange an agreed number of apartments as well as an added 50 to 80 percent of the actual market value of his land after project completion.

It is a kind of social welfare policy for governments that couldn’t afford to finance directly a social housing program, investing instead in this type of semi-informal urbanism, creating favorable conditions and incentives for developers and landowners. This was also a State directive to incentivize and promote the construction sector as its basic productive activity in the Greek economy.

The mechanisms of exploiting on land were studied on a case by case analysis without any zoning restrictions. There were special tax incentives for Antiparochi projects that enabled its widespread implementation – it was almost free of tax for the landowners. It can be assumed that Sntiparochi was the only funding mechanism of the construction sector, which outgrew almost independently of the banking credit system.

The Lebanese real estate market is in a desperate need to lower the housing cost for middle-income families. When the land is available at no direct cost, developers will be able to reduce their overhead and the cost of financing, as well as the cost of sales and marketing, given that a major part of the project is already owned by the landowner. Developers will be more malleable to compete with the current stock of vacant apartments which were subjected to a higher cost of financing.

The Lebanese government is requested to promote ample vehicles such as the Public Corporation for Housing (PCH) to reduce the bureaucratic administrative regulations to be less complicated and time consuming and monitor the system by which landowners should be given public assurance to protect their interests, the same was organized by the government of Dubai following the crash in 2008. This is done by allocating special courts to deal with any legal dispute among parties in a short period of time. Investors and developers will enjoy less financing challenges and lower overhead.

Is the Antiparochi System the right choice for investors, amid the current interest rates climb and the absence of subsidized housing loans?