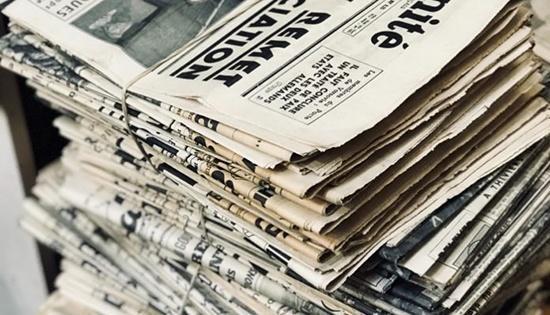 The circulation of Turkish periodical publications in 2018 decreased by 17.6 percent over the previous year, according to the Turkish Statistics Institute (TurkStat), the Diken news website reported.

Nearly 1.4 billion periodicals were circulated in Turkey last year, 94.2 percent of them newspapers.

A total of 91.3 percent of Turkey’s newspapers are distributed locally, while only 6.9 percent are national.

There were 5,962 periodicals in 2018, according to TurkStat, showing a decline of 2.6 percent from the previous year.

A total of 87.8 percent of the newspaper content in Turkey was political, while magazines had more of a variety of content.