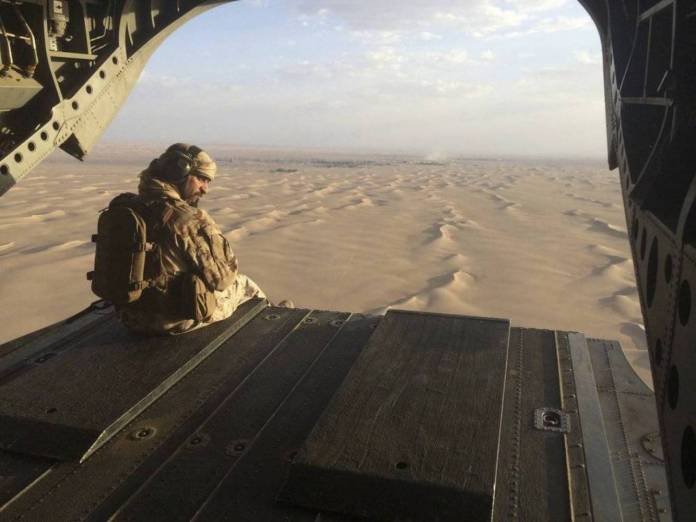 The UAE says the reduction aims to boost negotiations with the Houthis to end the war.

DUBAI, United Arab Emirates: The United Arab Emirates, one of the most powerful parties in Yemen’s war, has begun to draw down its forces, pulling out several thousand troops in a move that leaves the Saudi-led coalition there with a weakened ground presence and fewer tactical options.

The UAE isn’t quitting Yemen or the coalition, which it and Saudi Arabia formed in 2015 to stem the advance of Iranian-allied Shiite rebels known as Houthis who took over the north.

But the drawdown represents a major step away by the Emiratis from their partner Saudi Arabia’s main policy in the war — to batter the rebels into submission — a strategy that has largely been unsuccessful.

The UAE says the reduction aims to boost negotiations with the Houthis to end the war.

“Now is the time to double down on the political process,” Anwar Gargash, the UAE’s minister of state for foreign affairs, wrote in The Washington Post this week.

The Houthis and internationally recognized government of Yemen, which is backed by the coalition, held talks last week for the first time in months on implementing a U.N.-brokered cease-fire in Hodeida, a rebel-held Red Sea port city that is the entry point for most humanitarian aid. The talks are crucial for opening the way to broader peace negotiations to end the five-year-old war.

The war, sparked by the Houthis’ takeover of the capital in 2014, has claimed tens of thousands of lives, thrust millions to the brink of famine and spawned the world’s most devastating humanitarian crisis. Now it has ground into a long stalemate.

With neither side any closer to declaring victory, here’s a look at Yemen’s battlefield:

WHAT’S KNOWN ABOUT THE DRAWDOWN?

The UAE won’t disclose how many troops it’s pulled out, only confirming that levels are significantly down.

Some 10,000 Emirati troops were involved in Yemen before a withdrawal began, according to Yemeni officials. A person briefed on the moves said there’s been a 50-75% drawdown across all Emirati military task forces in Yemen. The person and officials spoke on condition of anonymity because the figures have not been made public.

Emirati forces were largely not involved in direct combat, instead overseeing intelligence and operations and training local forces.

Those local forces — around 90,000 fighters in UAE-trained militias — remain in place around the coalition-controlled south. The Emirates says its remaining commanders will continue to direct and advise them.

The Emiratis have also worked closely with the U.S. on counterterrorism in Yemen, an effort they say will continue.

Emirati troop levels are also down at the UAE’s military base in Eritrea’s port of Assab, a staging ground for operations in Hodeida. The Emiratis have brought home Patriot batteries and other defense systems from Yemen at a time of heightened tensions in the Persian Gulf between the United States and Iran.

WHAT IS THE IMPACT ON THE BATTLEFIELD?

It’s not likely to tip the military balance immediately, since UAE-allied militias remain on the front lines, including the most important one at the moment, Hodeida. Amid a long deadlock, fighting has died down on most fronts.

But the drawdown at least for the moment takes the option of a renewed offensive for Hodeida off the table, said Peter Salisbury, a senior analyst at the International Crisis Group.

That gives the Houthis some breathing room. The Emiratis had been positioned for months around the port to pressure the Houthis into implementing terms of the U.N.-brokered ceasefire there.

The UAE’s Gargash urged the Houthis to see the pullback as a “confidence-building measure” and urged them to “have their eyes wide open to this critical opportunity” to make progress on peace.

But the Houthis could equally see the drawdown as a signal they can hold out, rather than make concessions.

“Saudi Arabia may feel that they still need a ‘win’ in Yemen, whatever that looks like to them, in order to pivot more clearly toward talks,” said Elizabeth Dickinson, senior analyst on the Arabian Peninsula at Crisis Group. “There is a sense in Riyadh that now isn’t the time to back down.”

WHAT DOES THIS MEAN FOR THE COALITION?

Saudi Arabia has not commented on the Emirati pullback, but the move undoubtedly shows the division in purposes between the two partners at the heart of the coalition.

The Saudis have long wanted to dislodge the Houthis from the capital Sanaa and weaken their military capabilities along the shared border. Years of devastating airstrikes and fighting have been unable to achieve either.

The Emiratis’ attention, meanwhile, has focused on the south.

There, the UAE entrenched itself as the de facto ruler by funding and arming militias, including southern secessionists. The Emiratis also operate a key air base in Aden, the south’s main city. The Emiratis’ power has effectively sidelined the internationally recognized government of President Abed Rabbo Mansour Hadi that the coalition is ostensibly fighting to restore.

The drawdown won’t reduce that power, said one official in Hadi’s government.

“They already have their men across Yemen. They (UAE-backed militias) control everything in Aden and other areas which is in theory under the government’s control,” he said, speaking on condition of anonymity for fear of reprisals.

The UAE said it remains committed to the coalition. Even so, the coalition continues to shrink. Qatar and Morocco pulled forces from Yemen in recent years amid a rift with Saudi Arabia. Still in the fight are thousands of troops from Sudan.

WHAT HAS THE WAR’S IMPACT BEEN ON YEMEN?

The war has killed more than 94,000 people, according to the latest data tracked by The Armed Conflict Location & Event Data Project.

The fighting and the coalition air campaign have wreaked massive destruction to Yemen’s infrastructure, causing widespread hunger and disease. The nonprofit group Save the Children estimates that 85,000 children under the age of 5 have died from starvation or disease since the start of the war. Cholera outbreaks are believed to have killed more than 3,000 people and caused some 1.4 million suspected cases.

The U.N. has led a massive aid effort aimed at keeping Yemenis alive, but the AP has documented the problem of lost and stolen aid blamed on all sides in the conflict.

The country remains split. The Houthis control the capital, Sanaa, several northern provinces as well as much of the western highlands where the majority of Yemen’s population lives. The coalition-backed forces control the south and the provinces of the east.

Much now depends on the talks on implementing the Hodeida agreement. U.N. Special Envoy for Yemen Martin Griffiths described the Hodeida talks as “the gateway to the political process.”

“There is still a chance to salvage the agreement, implement it at least partially and move on to bigger political talks. But we aren’t there yet,” Salisbury said.

Failure of talks risks continued chaos, and Griffiths warned that Yemen risks being dragged into the tensions in the Persian Gulf.