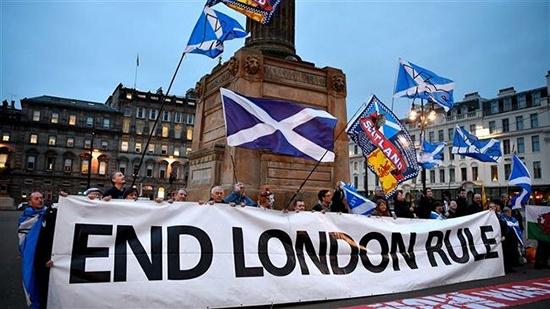 The Scottish National Party leader, Nicola Sturgeon, has indicated to Johnson that she would like to discuss another referendum on Scotland’s autonomy with the new prime minister before 2021.

“Given your public comments about leaving the EU on October 31 with or without a deal, “come what may” and “do or die”, it is now – more than ever – essential that in Scotland we have an alternative option,” Sturgeon stated in her first letter to Johnson.

As the new prime minister now takes up the mighty task of exiting the EU – something the previous Tory leader Theresa May failed to do – Sturgeon reminded Johnson that “people in Scotland voted overwhelmingly to remain in the European Union.”

A Scottish government analysis found that a no-deal Brexit could cost 100,000 jobs across Scotland. Moreover, even a free trade pact could see a fall in Scottish national income of around £1,600 [€1,796.67] per person compared with continuing in the EU.

“The right of the people of Scotland to determine their own future is a basic democratic principle that must be respected,” Sturgeon said.

Johnson refused to rule out blocking a second referendum on Scottish independence.

A recent poll found that 53% of voters would support Scottish independence if Johnson became prime minister, giving the yes campaign a six-point lead. It found that Johnson has a popularity rating among Scottish voters of -37, a worse rating than Nigel Farage.

Pro-Brexit Boris Johnson overwhelmingly won the election for prime minister of the UK this week, which also reflected the nation’s support for independence from the EU; however, the dissonance is evident in that a majority of Scottish people would like to be independent of the UK, though under Johnson’s cabinet, that may seem an unlikely turn of events.