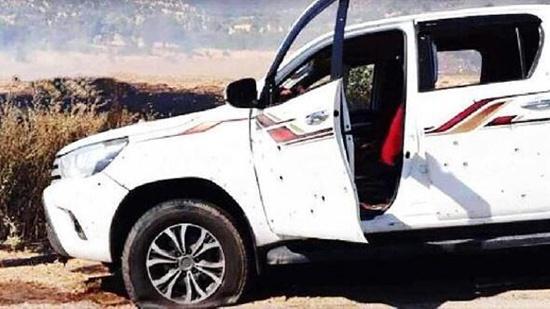 The Turkish military has carried out two air strikes in northern Iraq, killing those who it said were behind the death of a diplomat in an attack last week, Demirören News Agency reported on July 25.

The first air strike was carried out on Iraq’s Dohuk region on July 18, a day after a shooting in an Erbil restaurant, which killed diplomat Osman Köse.

The operation was jointly cooperated by the Turkish National Intelligence Organization (MİT) and the Turkish military. MİT determined the identities of the assailants who planned the July 17-dated attack and started to track their vehicle with the help of local intelligence sources. In a place far away from any residential area, the Turkish military said it hit the vehicle, “neutralizing” the planners of the attack.

Turkish authorities often use the word “neutralized” in their statements to imply that the militants in question either surrendered or were killed or captured.

The second strike was carried out six days later, on July 24, in the Batufa region. Demirören News Agency said that the two planners of the Erbil attack and their guards were “neutralized.”

Duhok and Batifa regions, where the two strikes were carried out, are located northwest of Erbil.

Köse, who was working at Turkey’s Consulate General in Erbil, was killed after the assailant stormed the restaurant for a shooting.