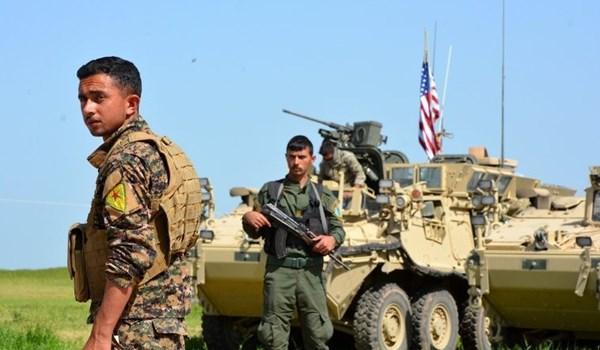 TEHRAN (FNA)- Differences emerged between the Syrian Democratic Forces (SDF) and Riyadh after a Saudi minister entered Eastern Syria and tensions increased between the Arabs and the Kurds.

The Arabic-language al-Akhbar newspaper quoted different sources as saying that the SDF commanders are displeased with the meetings held between Saudi Minister for Persian Gulf Affairs Thamer al-Sabhan and Syrian tribal leaders and the head of Deir Ezzur civil council on the tribes’ demand for the withdrawal of the Kurds from Deir Ezzur and delivering its control to the locals.

They added that the Kurdish commanders believe that these meetings have decreased the power of Deir Ezzur’s civil council and they have asked their forces to cancel the missions ordered by the council.

Al-Akhbar confirmed that al-Sabhan’s visit to Deir Ezzur and his meetings with a number of political, military and tribal figures were in line with restoration of special forces affiliated to al-Qad stream under the command of Ahmed al-Jaraba and their merger with Deir Ezzur military council affiliated to the SDF.

It added that one of the goals of the recent moves by Riyadh in Eastern Syria is creation of a military power against Syria and the resistance forces in case of non-collaboration by the US-backed forces.

The Arabic-language al-Watan newspaper quoted special sources in Eastern Syria as saying that al-Sahban in his meeting with Syrian tribal leaders asked for helping Kurdish fighters.

Several US officials were accompanying al-Sahban during his meeting with tribal leaders of Eastern Syria, it added.

They have offered to give a hefty sum of $50 million to them indirectly through local councils and also direct financial aide, the paper further said.

Al-Watan newspaper noted that the efforts by Saudi Arabia are in line with support for the SDF and the presence of al-Sahban in the region is in line with Riyadh’s confrontation with Turkey on the issue of Kurds.

Al-Watan also quoted special sources as saying that Saudi Arabia threatens Turkey and tries to include itself in the Syrian power balance through the Kurds, specially the SDF.