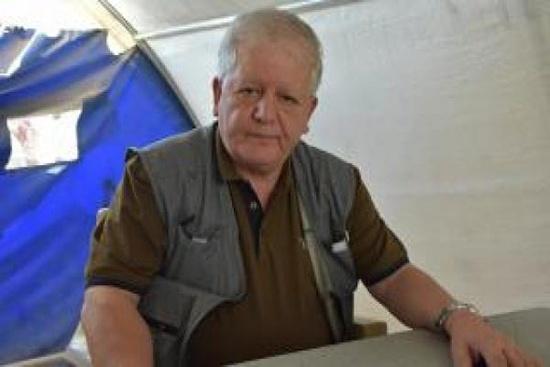 ANHA-The Armenian diplomat, journalist and expert  in the history of the peoples that survived the massacres and genocide, Hamo Muskuvian, compared the Ottomans’ rule of the region and their resemblance to Erdogan’s rule and the latter’s goals in the region, calling on the peoples of the region to form a united front against Erdogan, this came in an interview conducted by ANHA agency with him.

The text of the interview reads as follows

After the weakening of the Byzantine Empire on the one hand and the Arab Empire on the one hand and the arrival of the Seljuks and then the Mongols, Tatars and Turkmans in northern Iran and parts of Iraq, a small fighting tribe of Bani Osman benefited from these changes and achieved their first victory at the expense of the Turkoman tribes from the remnants of the Seljuks that existed in the region , as well as victorious over the Mamluks of Egypt, and then on the Byzantine Empire.

Because of the conflicts between East Byzantium and the Roman Empire and its remnants in the West and the Orthodox Church, the Ottomans conquered the city of Constantinople. During this almost 200-year period, the Ottomans used all methods of slaughter and displacement. All Ottoman history is full of massacres and genocide against the people , While entering any area were threatening the rulers of the region either in cooperation with them or to be killed, tortured and robbed.

After a period of time, the Ottomans formed the Janissaries, composed mainly of small prisoners of the peoples who were attacked by the Ottoman as the Kurds, Armenians, Syriacs, Chaldeans and Albanians who were put in camps and trained to be ready armies to carry out killings and control of the peoples of the region.

In other words, the Ottomans took control of the region through murder, looting and intimidation, taking advantage of the fall of the region’s oldest empire. The Ottomans used the Kurds, Armenians, Arabs, Circassians, Albanians, and Greeks to consolidate their rule in the region, thus controlling all parts of the empire until its fall after the defeat in Vienna and the rise of Russia’s empire. And the renaissance of the peoples of the Middle East and the peoples of the Balkans.

*What are the similarities between the Ottoman rule and Erdogan’s current rule, who is trying to establish him as a successor in the region?

Erdogan, like the rest of the sultans, is based on Islamic extremism. Erdogan is known to be an American-backed student, Fateh al-Lah Gulen, who came to power after winning the Ataturkist nationalist movement, the last of these tyrants, Kanan Avrin, who took power in a military coup in 1980, in which 150,000 leftist Kurds, Kurds, Greeks, Armenians, Syriacs and all those demanding democracy were arrested.

Erdogan learned from all the tyrants who preceded him and began thinking about re-glorification of the Ottoman Empire and inaugurating himself as a successor of the new style, relying on modern technology and the large spy network and began to play with the feelings of the Palestinian people and the Arab people, in conjunction with the killings, arresting.,

*Turkey seeks to invade the Arab region, what are the objectives of the Turkish regime from this invasion?

The objectives of the Turkish incursion in the region are to revive the dreams of the Ottoman Sultanate, but unfortunately there are some Arab countries that believe that Turkey is the only savior. We all know that Qatar cooperates with Turkey and established a Turkish military base on its territory. Erdogan has a good relationship with the Zionist movement. but he still show himself as the greatest defender of the Palestinian cause, which is the issue of the Arabs for more than 60 years.

In order to achieve his ambitions, Erdogan founded mercenaries, mobilized them and sent them to Syria, Libya and other Arab countries. He also opened Turkey’s doors to the refugees and used them as a pressure card and extortion against Europe and the West.

So the Arab world from the ocean to the Gulf must realize that Erdogan sees them as a treasure for him, and uses them to threaten America, Russia and European countries.

What should the people of the region do to confront the new Ottoman threat of the AKP?

We are the oppressed peoples, we have lived in massacres, displacements and organized killings. The last genocide was against the Yazidis in 2014, as the Yezidis were annihilated amid international silence. Turkish air strikes were destroying Kurdish cities, including the city of Amad (Diyarbakir) This has also happened under international silence.

With Turkey gaining control of the Russian S-400, Erdogan began threatening northern and eastern Syria with incursions, occupation and control of its oil fields. Since the advent of the Ottomans to the region and the peoples of this region are being looted, killed, displaced and destroyed. Have followed the policy of “divide and conquer” from the beginning, so the Syrian, Lebanese, Iraqi and even the European peoples must unite together against Erdogan and his AK Party.

The superpowers are unreliable, so the solution is to form a one front of the Kurds, the Arabs, the Armenians, the Syriacs, the Greeks, and the rest of the peoples against Erdogan.