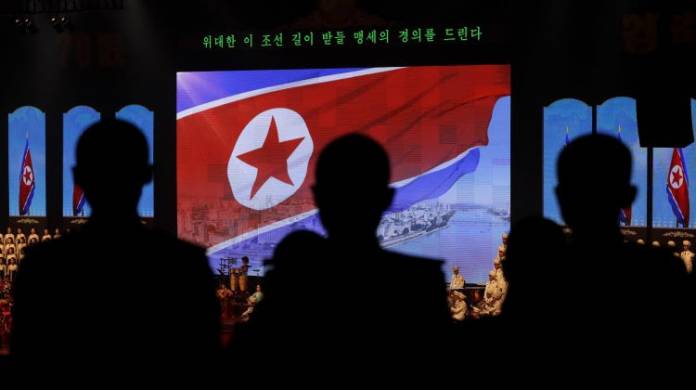 In a move analysts attribute to a shortage of foreign exchange, North Korean State Security spooks have been ordered to provide US$500 each to a “loyalty fund,” the Seoul-based news organization Daily NK reported this month.

Another report says that two uniformed North Korean border patrol guards were arrested this month after crossing into China and stealing food from a house there. International sanctions have interfered with border guards’ customary income of bribes from smugglers and defectors, Daily NK quoted a source as explaining, and low-ranking guards “are finding life more difficult than their superiors.”

And now, besides such anecdotal evidence that hard times have struck some officials, new figures suggest overall tight economic conditions in North Korea.

The country’s sanctions-hit economy shrank in 2018 by its largest margin since the country’s devastating famine in the 1990s, the South’s central bank said at the weekend. Another South Korean governmental watchdog organization reported that North Korea’s total trade for 2018 was the lowest in a decade.

The isolated nation saw its gross domestic product contract 4.1 percent last year, the second consecutive year of decline after a 3.5 percent slump the year before, Seoul’s Bank of Korea said. This was the worst drop since 1997, during the peak of a nationwide famine that saw hundreds of thousands– some estimates say millions – die of starvation.

North Korea’s total trade volume decline 48.8 percent from from the previous year to $2.84 billion last year, according to the Korea Trade-Investment Promotion Agency. It was the second year of decline in a row.

The fall in 2018 was enormous with exports declining 86.3 percent to $243 million and imports down 31.2 percent to $2.60 billion. It was the first year since Kim Jong Un took over as supreme leader, following his father Kim Jong Il’s 2011 death, that total trade fell below $3 billion, the agency said.

North Korea, which holds most of the peninsula’s mineral resources, was once wealthier than its southern neighbor, but decades of mismanagement and the demise of its former benefactor the Soviet Union have left it deeply impoverished.The North does not publish economic statistics of its own, leaving outside estimates as the only available figures for its financial performance.

The UN Security Council in 2017 banned North Korea’s main exports – coal, fisheries and textile products, among others – to cut off its access to hard currency in response to Pyongyang’s pursuit of nuclear weapons and ballistic missiles.

The sanctions cut the North’s exports by more than 85 percent last year while the country’s international trade fell in value by nearly half, the BOK said.

“On top of the sanctions, which really affected the North’s export of textiles and minerals, we also think last year’s heat wave played a factor in its agriculture industry,” a bank official told AFP.

Its per capita income was $1,119 last year, while the South’s was 26 times higher, according to the BOK.

Despite historic summits between North Korean leader Kim Jong Un and US President Donald Trump, nuclear negotiations between the two countries remain stalled, with the North firing two short-range missiles into the sea on Thursday.

-With reporting by AFP-