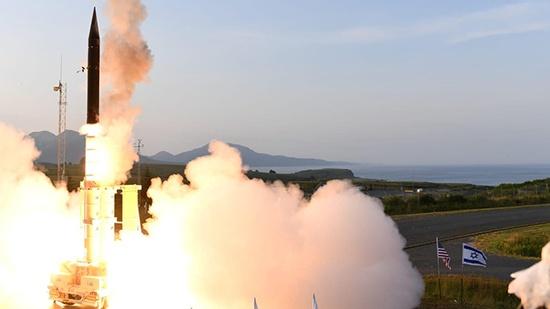 A successful series of tests of the Israeli Arrow-3 missile defense system has prompted Prime Minister Benjamin Netanyahu to boast about the weapon’s capabilities – and to thank Washington on Twitter.

“The Arrow 3 intercepted ballistic missiles beyond the atmosphere at unprecedented altitudes and speeds,” Netanyahu wrote in his tweet. A series of tests conducted at the US Pacific Spaceport Complex-Alaska (PSCA) in Kodiak witnessed the system developed to counter long-range ballistic missiles successfully intercepting its targets three times.

It was the first such test of the weapon carried out outside of Israel, and the prime minister took the opportunity to express his gratitude to Tel Aviv’s allies in Washington.

The Arrow 3 is jointly funded, developed, and manufactured by the Israeli Aerospace Industries and US aerospace giant Boeing. The missile is capable of intercepting ballistic missiles, including intercontinental, during the space-flight part of their trajectory. Its operational distance is reportedly up to 2,400km.

The tests won praise from US officials as well. “These successful tests mark a major milestone in the development of the Arrow Weapon System,” the head of the Pentagon’s Missile Defense Agency, Jon Hill, told journalists. He also reaffirmed Washington’s commitment to “assisting the Government of Israel in upgrading its national missile defense capability to defend the State of Israel from emerging threats.”

The news about the Arrow-3 tests comes after Iran tested its own mid-range ballistic missile earlier this week. The US said that the missile traveled about 1,000km and did not pose a threat to US ships or personnel in the region.

Tehran confirmed the test, adding that it was “defensive” in nature, and the new missile would only be used to “respond to a possible aggression.” Meanwhile, it was Israel that threatened Iran in early July. At that time, Netanyahu warned Tehran that Israeli warplanes “can reach everywhere in the Middle East, including Iran and Syria.”