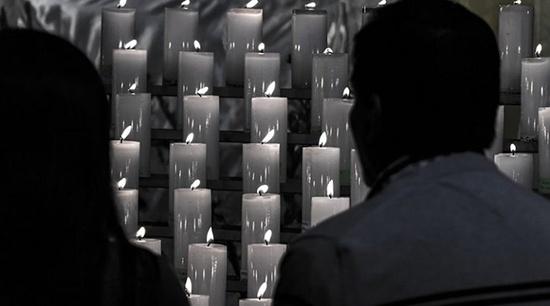 Secularism is a concept born of civilized, rational discourse. It is gentle, humane and accommodative in its approach. In this age of shrill and spicy fare, it is also somewhat bland. It lacks the emotional splendor and missionary zeal of a resurgent ideology.

The origin of this concept may be traced from the Renaissance, a movement that influenced Europe from the fourteenth to the sixteenth century. This movement aimed at the revival of the Greek spirit of reason and sought to liberate the society from the dominance of religion. But it gained real strength from the enlightenment, which had become a powerful force in Europe.

From the 17th Century onwards, discoveries in science challenged deeply held beliefs and faiths which were an integral part of the broad canvas of religion. The application of these technologies and the rise of industrial societies necessitated the change in the social equilibrium that was then prevalent, that laid stress on reason and rationality. This is what helped the growth of secularism through the promotion of the scientific temper and rejection of the superstitions and faith in religion.

Background of the concept

The term ‘Secularism’ was first coined by a British writer, George Jacob Holyoake (1817-1906) who used this word in 1946 to promote a social order separate from religion without actively dismissing or criticising religious belief.

Originally, its essential principles are three: i. The improvement of this life by material means; ii. That science is the available providence of man ; iii. That it is good to do good. Whether there be other good or not, the good of the present life is good, and it is good to seek that good.

The term had a primary ideological meaning toward the middle of the nineteenth century when it appeared to have used. It denoted the doctrine that morality should be based on rational considerations regarding human well-being in this world, to the exclusion of the considerations relating to God or the afterlife. Later it was more generally for the belief that public institutions, especially general education, should be secular not religious.

As a doctrine, secularism connotes, ‘that certain practices or institutions should exist separately from religion or religious belief. It asserts the right to be free from religious rule and teachings, and freedom from government imposition of religion upon the people, within a state that is neutral on matters of belief, and gives no state privileges or subsidies to religion’. It refers to a belief that human activities and decisions, especially political ones, should be based on evidence and fact rather than religious influence’.

In the political sphere, it came to mean that a temporal ruler was entitled to exercise power in his own right. Although the word secular means “of this world” in Latin and is the opposite of religious, in broader sense, it was used not as opposed to religion but as divorced from all religion having nothing to do with the conduct of state affairs.

In the twentieth century the word secularism has acquired a somewhat wider range of meaning derived from the older and wider connotations.

In particular it is frequently used, along with “separation” as an approximate equivalent of the French term laicisme, also used in other languages. In European laicism, it has been argued that secularism is a movement towards modernisation, and away from traditional religious values’. It is very much different from the traditional definition in which secularism is the neutrality of government and all public services in matters relating to one or more religions.

But in the Princeton Wordnet, it is defined as a doctrine that rejects religion and religious considerations. This is quite a difference, a move from neutrality to rejection. Similar to this is the law of laicite in France which prohibits the state from recognising or funding any religion which would seem to fall within the neutral definition of secularism.

The doctrine of separation of church and state is one of the most essential elements in the fabric of true representative democracies. It is indispensable and fundamentally predicted upon protecting the religious freedom of all groups in society by preventing any one group from imposing itself upon the practices of another.

In fact the basic ethos of the Western society has changed over to material pursuits, science and technology, belief in their own prowess, as opposed to the role of God in their lives. Natural calamities in the West are hardly ever described as “Acts of God.” The faith of the common people in God or prayer is at very low level. The same is true about most countries in Europe. The state after all reflects the public opinion at large and those who not operate the organs, and agencies of the state come from the common populace.

In Western countries such as the United States of America, Germany and others it is easier to separate the state from the church in real practice. In United States, some argue that state secularism has served to a great extent to protect religion from government interference, while secularism on a social scale is less prevalent. In USA the word secular is not to be found in the Constitution but the doctrine is embodied in it.

But unlike the US in England there is a close alliance between the Church and State. The Church became independent of the Pope in the 16th Century and is the official Church of England. The monarch is the head of the state and head of Church.

In Germany the word secular means that government and religion are two separate things and must be kept separate. The state has to deal with people irrespective of their faith or religion. All laws are same for every citizen, either minority citizen or majority one. There are no special laws for special interests of minorities/majority. But even there every Christian pays income tax to the Church of up to 9 percent. If one is not a Christian, he can disclose it and this amount will not be charged. Even a Christian can decide not to pay this amount but then he has small social problems like no priest of any Church will arrange his marriage in any church. Plus he will have trouble to get his children admitted into some Kinder Garden schools run by the Church.