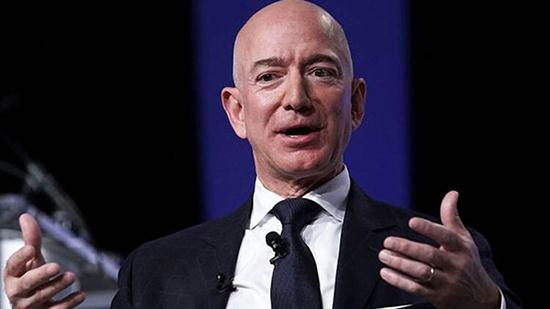 Jeff Bezos, the founder of online retailer giant Amazon and one of the world’s richest people, is claimed to be exploring investment opportunities in the popular Turkish holiday resort town of Bodrum.

Bezos has anchored his 136-meter-long luxury yacht, the Flying Fox, which is worth $400 million and the 14th largest yacht in the world, off Bodrum in the Muğla province, in the southwestern Aegean region.

The billionaire businessman is not only vacationing in Bodrum but is said to also be looking for investment opportunities there.

Bezos took a long tour over the region with a helicopter, which took off from his mega vessel. His helicopter hovered over certain real estate development projects, including the Four Seasons Resort Bodrum.

His tour over the Bodrum skies led to rumors that the billionaire businessman may be considering an investment in Turkey.

But it is still unclear which project or projects Bezos is interested in or if he really has certain investment plans in the region.