Boris Johnson has been accused by Nicola Sturgeon of intentionally pushing the UK towards a no-deal Brexit, despite his “bluff and bluster” about wanting an agreement with EU leaders.

After meeting Johnson face-to-face in Edinburgh, the Scottish first minister said she believed he was pursuing a “dangerous” hardline strategy with EU leaders, with the likely outcome of no-deal Brexit.

She made the accusation on a day of chaos over the new prime minister’s Brexit strategy, as he told reporters in Scotland that there should be no assumption in favour of a leaving the EU without a deal on 31 October.

This was in direct contradiction to remarks by his own deputy official spokeswoman earlier in the day and an article on Sunday by Michael Gove, his Cabinet Office minister, who said the government was “working on the assumption” that EU leaders would not change their mind and therefore was proceeding with serious preparations for a no-deal Brexit as its first priority.

The prime minister also claimed he was reaching out a hand to EU leaders to strike a deal, even though his spokeswoman said he would not sit down with his counterparts until they agreed to scrap the Irish backstop.

Speaking to reporters immediately after Johnson had left her official residence in Edinburgh, Sturgeon said: “This is a government that is pursuing a no-deal strategy however much they might deny that in public.

“Behind all of the bluff and bluster, this is a government that is dangerous. The path that it is pursuing is a dangerous one, for Scotland but for all of the UK. He says that he wants a deal with EU but there is no clarity whatsoever about how he thinks he can get from the position now where he’s taking a very hard line … to a deal.”

Entering the meeting at Bute House on Monday afternoon, he was greeted by boos and heckles from a crowd of pro-independence and anti-Brexit protesters and he chose to leave after the hour-long meeting by a back entrance.

Johnson was criticised throughout his leadership campaign for appearing to promise different things to different people, with moderate Tory backers convinced he will strike a deal and hardline Eurosceptics relishing the prospect of a no-deal Brexit.

During the campaign, he said the chances of a no-deal were a “million to one” but he also pledged to take the UK out of the EU on 31 October “do or die”.

Johnson was warned before his visit by the Scottish Tory leader, Ruth Davidson, that she could not sign up to his plan for a no-deal Brexit. But she said her meeting with him in Edinburgh on Monday afternoon had been “incredibly constructive” and they talked about “the need to make sure we can get a deal across the line”.

Johnson heaped praise on her before the meeting, claiming he was “with Ruth in wanting to avoid a no-deal Brexit” and describing her as “a fantastic leader”.

Davidson has made no secret of her reservations about the new prime minister and Johnson infuriated her last week by sacking her ally David Mundell as Scottish secretary, against her advice. But after the meeting, Davidson said that she “wholeheartedly” backed the prime minister’s Brexit strategy.

While touring the Faslane military base earlier, Johnson insisted there there was an “assumption that we can get a new deal” and claimed he was reaching out a hand to EU leaders to see if an agreement could be made.

“The backstop is no good. It’s dead. It has got to go. The withdrawal agreement is dead, it’s got to go. But there is scope to do a new deal,” he said.

He argued his approach was “very outward-going and that he did not want the UK “to be aloof or hanging back, I want us to engage, to hold out the hand, to go the extra thousand miles” to do a deal with EU leaders.

This was at odds with his deputy official spokeswoman who had made clear hours earlier that the government’s main assumption was that the UK was heading for a no-deal Brexit on 31 October unless EU leaders changed their minds on reopening the withdrawal agreement.

“I think he has been clear that the backstop has to be abolished,” she said. “He remains confident that the EU will stop claiming that the withdrawal agreement cannot be changed. But until that happens we must assume that there will be a no deal Brexit on 31 October.”

She went on to make clear that Johnson would not be taking up invitations from Angela Merkel, the German chancellor, and the French president, Emmanuel Macron, until they were willing to concede the Irish backstop must be replaced.

It also emerged that Johnson has only just got round to scheduling a call with Leo Varadkar, the Irish taoiseach, who is central to any decision taken by the EU in relation to the backstop.

Irish officials are understood to view the delay in contacting Varadkar, the Irish prime minister, as indicative of an unwillingness to enter serious talks. Varadkar is adamant that the backstop must stay to prevent a return to a hard border on the island of Ireland and preserve the integrity of the single market.

Sturgeon said she was not sure if Johnson’s lack of clarity was part of a deliberate approach, but added: “I think more likely he doesn’t know the answer. I think he wants a no-deal Brexit. In taking the hardline position [that he will not negotiate unless the backstop is removed], I don’t see how you can conclude anything other from that than he either wants a no deal or is pretty relaxed about a no-deal Brexit.”

Sturgeon said she had gleaned no real clarity about his plans for meeting other EU leaders. “The only strategy you can get from him is that he thinks the EU is going to blink. But the EU has been very consistent in the position it’s taken. It’s been very united and if you’re pinning the entire strategy on the belief that suddenly that’s going to change then that’s doomed to failure, or it’s a strategy that’s destined to fail because you actually want the alternative which is a no-deal Brexit.”

Sturgeon said the hour-long meeting had involved a “lively exchange of views” about independence.

Asked about the prospect of a second independence vote when he was at Faslane, Johnson refused to state categorically that he would block a second vote but restated his position that the 2014 vote had been “a once in a generation consultation of the people”, adding: “The confidence of the public in politicians would be undermined even further if we were to go back on that.”

Sturgeon, who has already put forward legislation to enable a second referendum, said she would consider over the summer whether to accelerate the framework bill and discuss it with MSPs once Holyrood reconvened after the summer recess. 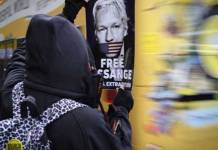