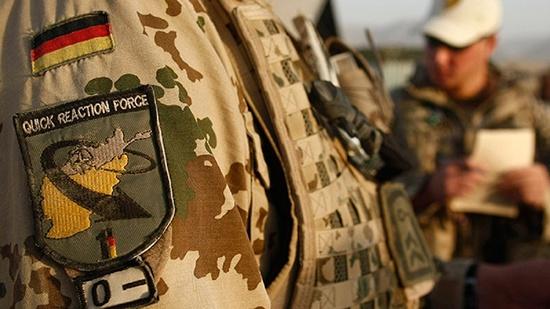 A German general who was behind arguably the nation’s bloodiest operation since WWII recently took charge of the Bundeswehr’s military training department — and reports say he may have medical issues to boot.

Readers hoping to hew out a career with NATO and the European military, meet Brigadier General Georg Klein, the man who was promoted this year to lead the department overseeing the training of young Germans joining the military.

Klein rose from tank platoon commander to a member of the German High Command, racking up a range of fancy army titles and accolades – all before reaching his 60s. He has served on the German General Staff, was part of the nation’s permanent mission to NATO and joined the Alliance-led force in Bosnia and Herzegovina, known as SFOR. Klein has also served in Afghanistan as part of the International Security Assistance Force and led a provincial reconstruction team in the northern province of Kunduz.

Klein’s exploits paid off with his appointment to lead the Bundeswehr rank and file personnel management department in 2012, before eventually being tipped for the training department in March.

Few details are known by the public about the specifics of Klein’s career, but one thing is certain: He was responsible for what was dubbed Germany’s “bloodiest operation” since World War II — a deadly airstrike that claimed the lives of more than 100 Afghan civilians.

When Klein was in command of the aforementioned provincial reconstruction team in Kunduz, he received intelligence on two fuel tankers hijacked by Taliban militants, which he suspected could be used to bomb Western troops and possibly a German base. He asked the US forces in the country to strike the tankers’ location.

Afghan police inspect the site of an airstrike on fuel tankers in Kunduz, on September 4, 2009. ©  AFP / STR

What came next on the night on September 4, 2009 was an inferno killing between 142 and 170 people, according to differing estimates. It turned out that the tankers had never been intended for use as bombs, but hundreds of locals had gathered around them to siphon free fuel when the US F-15 jets struck with two 500-pound (227kg) guided bombs, turning the scene below into hell on Earth.

The disaster cost former German Defense Minister Franz Josef Jung – who had moved to head the Labor Ministry by that time – his post. The same fate awaited the then-inspector general of the Bundeswehr, Wolfgang Schneiderhan, who resigned amid allegations that he sought to cover up the scandal.

Afghan police inspect the site of an airstrike on fuel tankers in Kunduz, on September 4, 2009. ©  Reuters / Wahdat

However, Klein himself managed to come out of the disaster unscathed. Proceedings launched against him both by the military and prosecutors in the wake of the tragedy were both dropped, as investigators said he could not have known about the civilians present at the strike location.

Relatives of the victims received only $5,000 from the German government as a ‘goodwill gesture’. Berlin refused to discuss any official compensation or recognition of its guilt as the highest German court ruled that the state is simply “not liable” for any operations abroad.

Not fit for service?

Now, new details of that already long-forgotten bloody story have emerged as a former German military doctor claims that the trigger-happy military man might have been unfit to lead that mission in Afghanistan in the first place.

Albert Dittrich, a former Bundeswehr medical specialist who has been criticizing the flaws within the German military administration for years, happened to serve in Afghanistan alongside Klein. Dittrich even medically examined the then-colonel less than a month before the ill-fated strike.