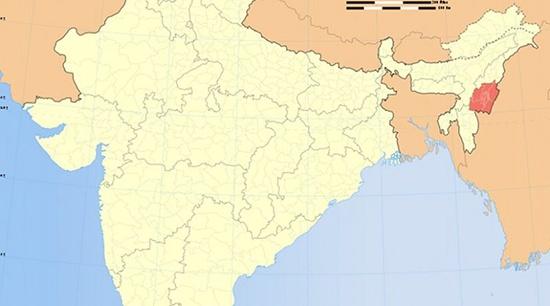 On July 22, 2019, the ‘public relations officer (PRO)’ of the Kuki National Front (KNF), Demkhohao Kipgen aka Haobem, was killed in Kangchup Chiru Village under the Moltam Block in Kangpokpi District. KNF blamed the Kuki Revolutionary Army (KRA) for the killing.

KRA and KNF are part of two separate conglomerations of Kuki militant groups, the Kuki National Organization (KNO), formed in 1988, and the United People’s Front (UPF), formed after Kuki-Paite clashes in 1997-98.

Significantly, on August 22, 2008, KNO and UPF signed a Suspension of Operations SoO agreement with the Union Government, and the Manipur State Government. The agreement included an understanding that all the parties involved would abide by the Constitution of India and commit themselves to the territorial integrity of Manipur.

Prior to the tripartite agreement, there used to be inter and intra group clashes in these two militant conglomerates, in continuous turf wars to establish factional supremacy. According to SATP, there were 23 such clashes, resulting in 64 fatalities, between January 1, 2005, and August 21, 2008.

Though these clashes have relatively declined after the 2008 SoO, intermittent killings persist.

Five rounds of talks have taken place between the two rebel organisations and the Government. The fifth round of talks took place in New Delhi on June 25, 2019. When asked about what transpired during the talks, KNO ‘spokesperson’, Seilen Haokip, stated,

Significantly, during the last (fourth) round of talks on January 10, 2018, UPF spokesperson, Aaron Kipgen, and KNO negotiator, Seilen Haokip, had signed and submitted a draft outline of the political demand for formation of a territorial council before the Government of India’s (GoI’s) interlocutor Avadhesh Behari Mathur, who replaced the previous interlocutor, Dineshwar Sharma, on January 2, 2018. Their demands also included “constitutional” safeguards for Kukis in Manipur. The initial demand for a separate State has now been scaled down to that of a territorial council, due to the State Government’s reservations. Nothing much had been achieved during earlier rounds of talks.

Even though the Territorial Council has been discussed and mooted as a possible solution, issues related to implementation of the Bodo Accord have been raised within the Kuki groups. KNO ‘spokesperson’ Seilen Haokip noted, “On paper, the BTC [Bodo Territorial Council] is very good but the issue lies with the non-implementation, which we don’t want to happen. If so the talks will go nowhere.”

Conspicuously, the talks have dragged on without yielding any substantive results, and the groups involved – KNO and UPF – are showing signs of frustration. The latest round of internecine clashes between the Kuki groups may have resulted out of dissatisfaction with the pace and direction of talks, and may adversely impact on future talks.

Disturbingly, the criminal nexus of Kuki SoO groups came to light with the recovery of missing arms of the Manipuri State Security Forces from the residence of top UKLF and KRA leaders in 2018. The National Investigation Agency (NIA) is investigating the arms case.

Given the relative peace that now prevails in Manipur, there is a need to conclude the several ongoing peace processes in a time bound manner. Pro-longed processes lead to mounting violations of the ground rules, and missteps are likely to flare up in violent conflagrations.