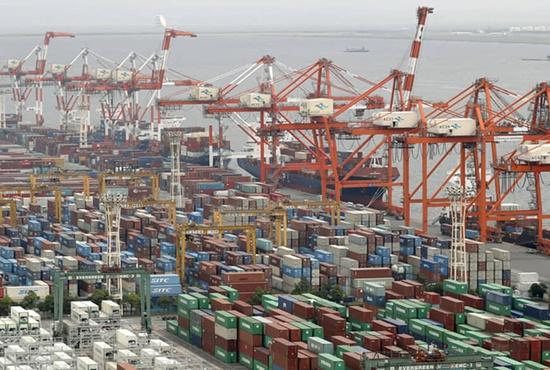 Japan’s factory output tumbled the most in nearly 1-1/2-years in June, data showed on Tuesday, adding to a slew of indicators suggesting slowing global growth and the bruising U.S.-China trade war were taking a toll on the export-reliant economy.

Industrial output sank 3.6% in June, government data showed, more than a median market forecast for a 2.0% drop. It was the worst slump since January 2018, and followed a 2.0% rise in the previous month.

Manufacturers surveyed by the government expect output to rise 2.7% in July and 0.6% in August, offering some hope that solid domestic demand will make up for some of the weakness in overseas shipments.

On a quarter-to-quarter basis, output rose 0.5% in the April-June period after dropping 2.5% in the first three months of this year.

Japan has seen a similar pattern with manufacturers’ sentiment having worsened, though service-sector activity remains firm as they are less vulnerable to the impact from slowing global trade. A trade row between Japan and South Korea is making matters more difficult for their manufacturers.

Most Asian economies, including Japan, are feeling additional pressure as China’s growth cools to near 30-year lows.

Both Indonesia and South Korea cut their main rates by 25 basis points (bps) this month. And on Wednesday, the U.S. Federal Reserve is widely expected to deliver a 25 bp rate cut.

Yet, with robust domestic demand making up for weak Japanese exports, many BOJ officials see no imminent need to ramp up monetary support, and prefer to save its limited ammunition for when the economy faces bigger problems, sources with its thinking have said.

Japan’s economy expanded an annualized 2.1% in the first quarter but many analysts expect growth to have slowed as the U.S.-China trade row hurts exports. October’s scheduled sales tax hike may also curb consumption, they warn.