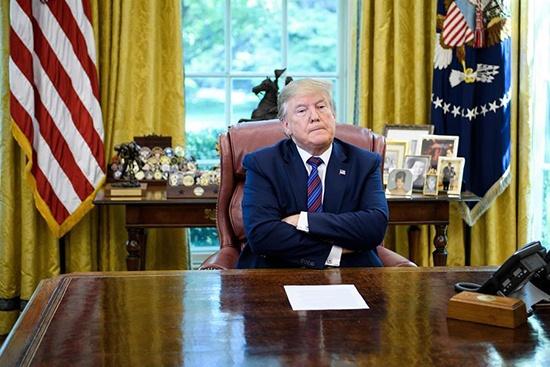 The Swedish prosecutors say Grammy-nominated rapper A$AP and his bodyguards “deliberately, together and in agreement” attacked a local man, Mustafa Jafari. Rocky, who is now facing two years in prison, said he was provoked and acted in self-defence.

Swedish Prime Minister Stefan Löfven has responded to criticism from US President Donald Trump pertaining to the case of jailed rapper Rakim Mayers, known by the stage name of A$AP Rocky.

There is no reason for dialogue with the US in this particular case, Löfven told the newspaper Allehanda.

According to Löfven, the Swedish judicial system is not negotiable.

“I am proud that we have a legal system where a prime minister cannot influence a legal case”, Löfven told the newspaper. “It doesn’t matter who’s calling or tweeting”, he added.

In doing so, Löfven won the support of his predecessor Carl Bildt.

​In a comment to the daily Aftonbladet, Bildt also praised Löfven for “not going into a mud wrestling match with Trump”. That, according to Bildt, is “Trump’s element and not Sweden’s”.

Donald Trump previously demanded that A$AP Rocky be released, and urged Sweden to treat US citizens “fairly”. Trump even called Stefan Löfven, whom he called “very talented”, personally vouching for the jailed rapper. Later, however, he voiced his disappointment in the Swedish prime minister, suggesting that Sweden “let down the African-American community”.

​Trump also claimed that the US “did a lot for Sweden”, which, he suggested, didn’t work the other way around”. In a pique to Stockholm, Trump also suggested that Sweden address “real crime problems”.

​The US artist was arrested after a street fight following his appearance at the Smash festival in Stockholm on 2 July. On Thursday last week, he was charged with assault. The prosecutors said the Grammy-nominated rapper and his bodyguards “deliberately, together and in agreement” attacked a local man, Mustafa Jafari, on 30 June. Rocky, by contrast, said he had acted in self-defence.

The trial will start in Stockholm on Tuesday, 30 July, and will last for three days. The rapper faces up to two years in prison and fines. If convicted, he is also most likely to serve his sentence in Sweden.

The court’s evidence consists of 500 pages, including a description of the victim’s injuries, mostly cuts and bruises, as well as bloody clothing.

The trial has put the American rapper’s European tour on hold.