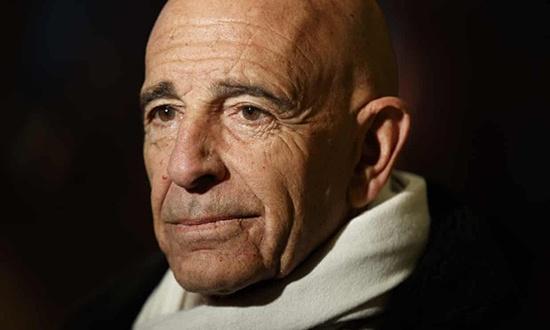 A billionaire friend of Donald Trump pursued a plan to buy Westinghouse Electric Corp – even as he lobbied Trump to become a special envoy and promote the company’s work on nuclear power in Saudi Arabia, a congressional report released on Monday.

While Tom Barrack failed in both efforts, the report provides fresh evidence of the ease with which some corporate and foreign interests have gained access to the US president and other senior members of his administration.

Documents obtained by the Democratic-led House oversight committee raise “serious questions about whether the White House is willing to place the potential profits of the President’s friends above the national security of the American people and the universal objective of preventing the spread of nuclear weapons”, the report said.

The report is the second from the panel’s investigation into the plan to construct 40 nuclear power plants in Saudi Arabia and elsewhere in the Middle East. The plan was supported by Trump’s first national security adviser, Michael Flynn; Barrack, Trump’s inaugural committee chairman; and a consortium of companies led by retired US military commanders and former White House officials called IP3.

One company was Westinghouse, the only US manufacturer of large reactors, which was bought out of bankruptcy by Brookfield Asset Management last August.

The report comes alongside a number of other investigations into the administration being conducted by the panel chaired by the US representative Elijah Cummings – including into the use of personal texts and emails for official business by Trump’s daughter, Ivanka, and her husband, Jared Kushner.

Trump attacked Cummings, an African American from Baltimore, in weekend tweets that the president’s critics denounced as racist.

Monday’s report was based largely on thousands of documents provided by unidentified private companies. The White House, the report said, provided no documents, while other federal agencies submitted some.

The committee may subpoena White House documents, it said.

Documents showed that Barrack negotiated with Trump and other White House officials to seek “powerful positions”, including special Middle East envoy, as he took steps to profit from the civil nuclear scheme he advocated.

Trump officials have continued meeting with IP3 even though White House lawyers in January 2017 instructed staff to cease work on the plan over concerns that Flynn was breaking conflict of interest laws, according to that report. Flynn, fired by Trump in February 2017, advised IP3 while serving on his campaign and transition team, said both reports.

White House lawyers also worried that promoters of IP3’s so-called “Middle East Marshall Plan” sought to transfer US nuclear know-how to Saudi Arabia even as they pushed back on Riyadh’s behalf against certain safeguards, the reports said. Known as the “Gold Standard”, the safeguards are designed to prevent nuclear weapons development. IP3 called the standard a “total roadblock”, Monday’s report said.

A Barrack spokesman said the billionaire had been cooperating with the oversight committee and had provided it with requested documents. Barrack’s investments and business development in the region were for a “better aligned Middle East”, he said. “This is not political, it is essential.“

The White House and IP3 did not immediately respond to requests for comment.