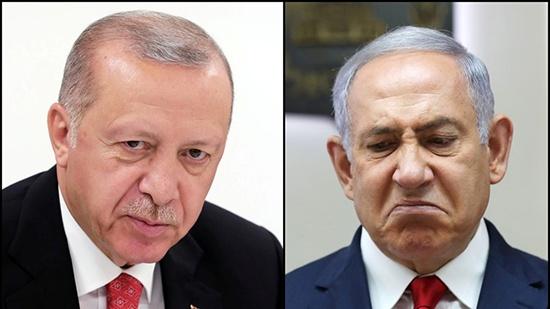 Turkish President Recep Tayyip Erdogan has condemned Israel and its enabling allies over “state terror… in Palestine,” declaring, “Whoever is on Israel’s side, let everyone know that we are against them.”

“We do not approve of silence on the state terror that Israel blatantly carries out in Palestine,” Erdogan said on Sunday, addressing senior provincial officials of his Justice and Development Party in Ankara, according to Iranian PressTV.

Erdogan has been a fierce critic of Israeli Prime Minister Benjamin Netanyahu and his government, denouncing the PM currently mired in multiple corruption and bribery probes as “the thief who heads Israel” and a “tyrant who slaughters 7-year-old Palestinian kids” earlier this year.

When Israel adopted its controversial “Jewish state” law, Erdogan likened the move to “the Hitler spirit… risen again among some Israeli officials.”

However, his latest comments could also be interpreted as a dig at Washington, after the US “suspended” Turkey from the F-35 fighter jet program, condemning its purchase of Russian-made S-400 missile systems as a betrayal of NATO’s security interests.

While the Trump administration has made it clear that Ankara can rejoin the pricey program if it ditches the Russian equipment, Erdogan has hinted instead that he is prepared to further distance Turkey from the American weapons market, publicly mulling the cancellation of an order of 100 “advanced Boeing aircraft.”

Israeli military forces killed 56 Palestinian children and injured nearly 2,700 “in the context of demonstrations, clashes, and search and arrest operations” in 2018, according to a United Nations report released on Friday that – like many UN fact-finding missions before it – urged Israel to “end the excessive use of force.” The number of children killed was the highest since 2014, when Israel waged its most recent one-sided war against Gaza.

The UN Security Council attempted to denounce Israel’s demolition of 10 Palestinian apartment buildings in the Wadi Hummus area of Jerusalem last week, drafting a resolution that condemned the destruction for “undermin[ing] the viability of the two-state solution and the prospect for just and lasting peace,” only for the US to veto the move.