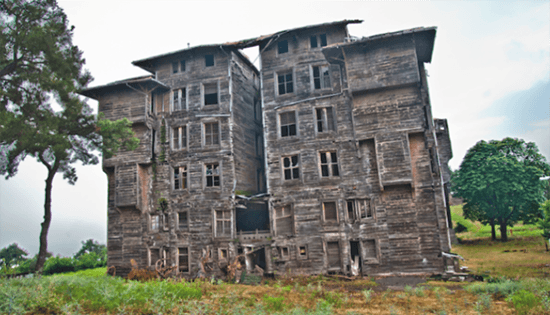 Europa Nostra, a leading European heritage organization, and the European Investment Bank (EIB) Institute have said in a recently issued report that the restoration of the Prinkipo Greek Orthodox Orphanage in İstanbul would cost at least 40 million euros and would take four to fıve years to complete, the Hürriyet Daily News reported.

“There are many caveats and uncertainties making it impossible to provide a reasonable and fair estimate of the full project costs. However, on the basis of the opinions expressed by several external experts, it is reasonable to expect the project to require a total investment of at least 40 million [euros] (a figure that, depending on many factors, could be much higher), which would generate a considerable employment during construction (likely within the range of 250-300 persons per year),” said the report released on Monday.

The Greek orphanage is considered to be the largest wooden building in Europe and the second largest in the world. It was listed among the seven most endangered heritage sites in Europe in 2018. The structure is located on Büyükada, the largest of the Princes’ Islands off the coast of İstanbul.

Europa Nostra and EIB Institute report was formulated on the basis of the outcome of a three-day mission to Turkey May 29-31 and on a structural report produced by Clive Dawson, a structural engineer with extensive experience in work on historic buildings, who visited the building in April 2019.

“As far as the site is currently abandoned to decay, an immediate preliminary intervention should be quickly designed, planned and implemented to protect the buildings from further deterioration,” said the report.

The report also said that the İstanbul-based Fener Greek Orthodox Patriarchate would be responsible for raising the necessary funds for financing the main work and to carry out the implementation of the project as it is the legal owner of the site.

Spread across five stories, the orphanage has 206 rooms. The building was designed by French architect Alexandre Vallaury in 1899. The building functioned as an orphanage until its closure in 1964.