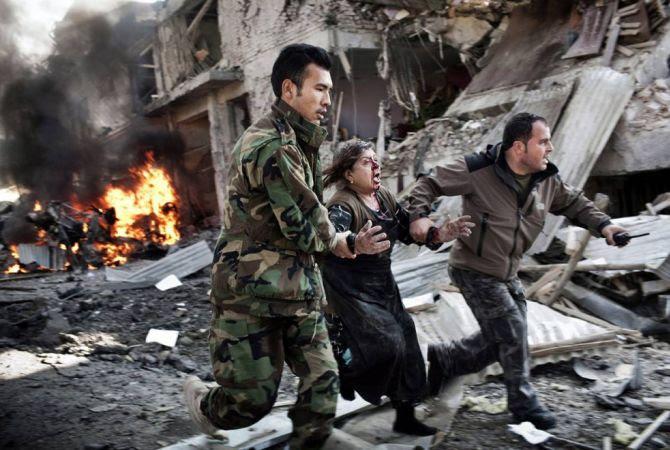 Afghan officials have accused the Taliban of planting a roadside bomb in the western province of Farah. Civilians often take the brunt of fighting between insurgents and pro-government forces.

Insurgents, such as the Taliban militant group, regularly target pro-government forces but civilians often take the brunt of attacks.

What we know so far:

The attack comes just a day after the UN condemned the “shocking” number of civilians killed in the Afghan war this year.

The UN Assistance Mission in Afghanistan (UNAMA) said the US and other pro-government forces have killed more civilians during the first half of 2019 than militant groups.

“We urge all parties to heed this imperative, to answer the call of Afghans for immediate steps to be taken to reduce the terrible harm being inflicted (on civilians),” said UNAMA head Tadamichi Yamamoto.

UNAMA noted that 20 percent of all civilian deaths during the first half of 2019 were caused by improvised explosive devices.