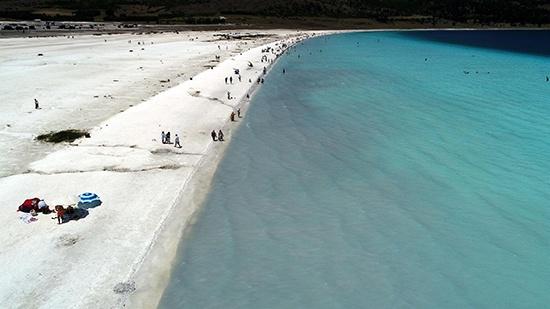 Environment and Urbanization Minister Murat Kurum has said that a planned park project around Lake Salda in the southern province of Burdur’s Yeşilova district will not consist of any construction, vowing to protect the natural beauty of the lake.

The lake has been reputed as “Turkey’s Maldives” for its white beach and clear water.

“With our National Garden project, we will protect the natural beauty of the Lake Salda; we will not allow any construction around it. We are realizing this project so that not even a single nail is driven here,” Kurum told state-run Anadolu Agency on July 29.

Kurum’s comments came after the announcement of the state-run construction giant TOKİ that a tender for the construction of the “Lake Salda National Garden” will be held on July 31 caused an uproar among activists (“national gardens” are recreational facilities by the government).

“Our national assets have been entrusted to us. We have to keep these beauties for our future generations. We are not touching Salda; on the contrary, we are working for the protection of Lake Salda and natural beauties,” Kurum said.

The minister said that about half of the “nation gardens” across the country are built by TOKİ, whereas the rest are built by municipalities.

“TOKİ is not just an institution that builds stable and economic houses that are in line with horizontal-architecture but also an institution that produces projects ensuring the cities take a breath by establishing bicycle lanes or walking tracks within the concept of nature-respecting cities. And this is how Lake Salda National Garden Project has come to being. Lake Salda, due to its special structure, has required a special assessment. And we have undertaken this work,” Kurum said.

Kurum made the remarks in the aftermath of a social media uproar, with the hashtag “SaldayaDokunma” (Do not touch Salda) becoming a trend topic on Twitter on July 29. Also, a petition for the cancellation of the project was launched on change.org by activists.

Also, a call came from the Antalya branch of the Chamber of Architects demanding that the government cancel its project. The chamber also called on firms thinking of joining the tender not do so as they have already applied to the judiciary for the cancellation of the relevant “national garden” project.

“It is our expectation on behalf of our public that [firms] do not join the tender in case the project and construction plans are canceled [in the future],” the chamber said in a statement on July 29. 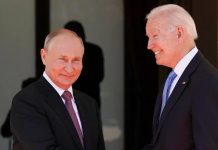