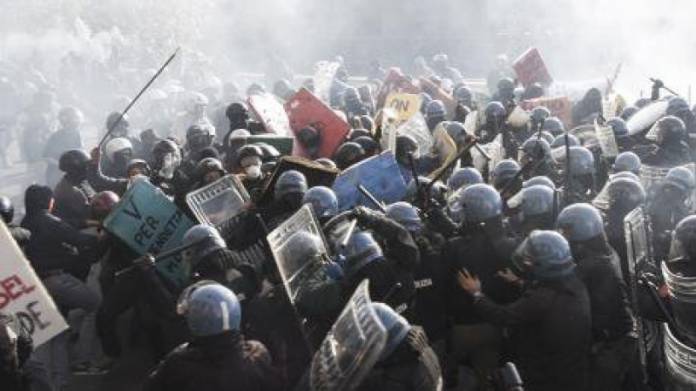 Turan.az -For some time past, some persons residing outside Azerbaijan are calling in social networks the nation for «revolution». Having fixed the date, they are persuading our compatriots abroad to return home and start «making revolution». At the same time they stress the necessity of supporting this «revolution» by opposition forces. In so doing, they attack and insult those criticizing these calls.

Who calls for “revolution”?

Research into activity and personality of authors of “revolutionary” slogans reveals an absolute alienation of these persons from social and political activity. For some exceptions, they are not posted about political processes going on in the country; unaware of current political situation, social environment and political organizaion os citizens; they have never been engaged in any political process of the country.

It is rather difficult to make clear when and why they left the country. No open sources provide information about political and social past of these persons. Analysis of their statements in social networks reveals the lack of any meaningful theses, nothing but talks and cliche.

Those calling for “revolution” may be classified as follows:

First group: representatives of this group left the country for obscure reasons and have for long been living abroad. They feel keenly for the current desperate social situation in the country and voice their sharp protest against illegal steps of the authorities. Despite their strong desire of radical changes in the country, they have scant information and superficial knowledge of ways to attain this goal. Of interest is the fact that they are not fastidious in their choice of swear words both in respect of the authorities and the opposition.

Second group: representatives of this group emigrated from the country owing to unbearable social-political conditions and persecutions. They yearn for radical political changes in the country and are busy with harsh criticism and opposition statements. Despite their permanent support for opposition, persons of this group remain the agenda due to their peculiar tactics. They believe that the society can be mobilized and changed through “revolutionary” slogans.

Third group: representatives of the third group are virtually opposed to the authorities simultaneously trying to defame the country”s main opposition forces. They are doing their utmost to bereave the opposition of society”s support; create a negative opinion about opposition leaders, etc. Even worse, they are seeking to sow discord among emigrants and thus distract their attention from common goal. The probability remains that these persons go abroad with a special mission.

Is society ready for radical change of power in the country?

In non-free countries the society losses its natural social-political status, so social reguliarites of its functioning are violated. It is hard to say when and how the society reacts, and at first sight, the stability seems to rule therein. Note that the ordinary population of the Republic is rather passive about widely spread negative social manifestations.

It”d be appropriate to note that the authorities manage to cope with social difficulties through making certain concessions, and thus prevent transformation of population”s discontent into protest actions.

Allowing for the fact that country”s social strata with their protest will and potential are primarily united into opposition parties and demonstrate reality-adapted tactics. For lack of serious preparedness of the population for mass actions of protest, these parties are not in a hurry to lay all the burden on themselves, so they resort to various methods to win over the society to their side.

Can Azerbaijanis residing abroad to respond adequately to “revolution” calls?

It has to be kept in mind that most Azerbaijanis leaving the country are pragmatics. They leave the Republic in an effort to live better and in safety, be comfortably off. Persons of this sort never stake their own life confining themselves to verbal support of dangerous processes. Also, numerous labor migrants will never respond to calls of this sort. The point is that they are guided by their own priorities, so their support to “revolution” will, at best, be virtual. When analysing approaches of political migrants to the issue, one faces the same picture. A level of political consciousness of most migrants is that they are ready to join abortive calls virtually only. So it”d be naive to expect that someone will ever come to make “revolution”.

It has to be kept in mind that beyond any doubt these calls will not be accepted not only by a passive part of country”s population but even by the most politically active strata of the society. Note that persons from abroad, enjoying no serious political-organizational support inside the country have no chance to succeed in showing initiatives of this sort.

What do calls for “revolution” promise to the society?

Research reveals that many spheres of country”s life are going through profound crisis; economic, political, humanitarian and legal areas tend to aggravate. The institution of free elections has fully been destroyed; discrimination, poverty and social differentiation, as well as administrative domination are growing in the society.

Social networks are spreading numerous reports and video-materials about cruel treatment of police with ordinary citizens. Courts of all instances are engaged in committing outrages and injustices, etc.

It is the above-stated negative ruling in the country that adds despair, helplessness and fear to the society generating tensions and animosity between the state and society. The society has no confidence in peace democratic changes. In spite of the fact that the current situation in the country has driven lower and medium strata to despair, no active protest actions are apparent. An overwhelming majority of the population has taken up a vantage position seeing no ways out of the situation.

There are lots of obstacles on the path toward recovery from current difficulties. One can say that primary emphasize here is laid on administrative and propaganda resources of the authorities, as well as on system-less social and political structures, mass media and civil society.

It must be stated that attempts to re-orientate activists receiving information from social networks on unrealistic changes have a negative effect on common work.

It is worth reminding that the society is forced to accept an idea that country”s opposition organizations cannot change the power and are engaged in imitating opposition activity; the opposition is not allegedly interested in any changes and just engaged in decelerating progress. The only way out of impasse is to rely on methods suggested by “revolutionaries” from abroad.

Those disseminating these ideas do not really understand that “revolutionary calls” cannot lead to really lead to the revolution; most probably, they are engaged in stirring up passions for attainment of certain goals.

Finally, these violence-imbued calls are likely to decelerate growth of peace political activity and sow doubts among those seeking to get involved in poltical processes. Even worse, these calls may avert an overwhelming majority of the society from participation in democratic processes and cause a fatal damage to society”s preparation for peace democratic changes.

Even worse, such an approach risks creating favorable conditions for the authorities to unleash violence against society; aggravate atmosphere of fear in the country; give scope to violent acts and partially restrict opposition activity through the use of law-enforcement bodies.

To sum up, society has to take into account that calls for “revolution” are fraught with serious social, psychological and political consequences.