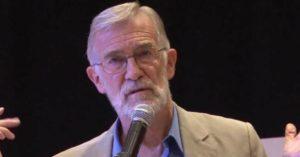 Attorney General Bill Bar will have a new deputy sheriff to go after those responsible for Russiagate, if John Ratcliffe is confirmed as new DNI, as Ray McGovern explains.

Shortly before President Donald Trump announced he had nominated Rep. John Ratcliffe (R-TX) to replace Dan Coats as director of national intelligence, Ratcliffe made it clear he intends to hit the deck running on the “crimes” behind Russiagate.

“What I do know as a former federal prosecutor is it does appear that there were crimes committed during the Obama administration,” Ratcliffe told Fox News’ Maria Bartiromo. Mincing few words, he claimed the Democrats “accused Donald Trump of a crime and then tried to reverse engineer a process to justify that accusation.”

It’s an extravagant claim. But it is also true, and the proof is in the pudding of which we should have a steady diet in the months to come.

Ratcliffe sounds partisan speaking of “crimes committed” under Obama. But there could well be documentary evidence to back it up. Some is classified. Trump has given Attorney General William Barr instructions to declassify what is necessary. Barr should be able to count on Ratcliffe, if he is confirmed by the Senate as DNI, to ride herd on those in the intelligence community with huge incentives to cover their tracks and those of their former bosses.

This may come as something of a shock to new readers of Consortium News because of the incessant drivel from corporate media “talking heads” for a full three years now. They are not likely to give up any time soon.

Ratcliffe on Where We Are Now

“The only place we can get the answers is from the Justice Department right now. The American people’s faith and trust has been shaken in our Justice Department, and the only way to get that back is for there to be real accountability with a very fair process. Again, I have supreme confidence in Bill Barr’s ability to deliver that and at the end of the day … as long as we know that the process was fair … justice will be done.”

If Ratcliffe means what he says, his remarks indicate that Barr (a former CIA official and relatively new-sheriff-back-in-town in his second stint as AG) should have in Ratcliffe a no-holds-Barred deputy sheriff, if he takes advantage of him. “Bill Barr has earned my trust already … that there will be a fair process, with John Durham and Michael Horowitz, to getting answers … and to provide accountability where it really belongs,” Ratcliffe said.

Barr has ordered John Durham, U.S. Attorney for Connecticut, to investigate how Russiagate got started. And Michael Horowitz, the Department of Justice Inspector General, is said to be almost ready to report on the roles of the DOJ and FBI in promoting the Trump-Putin “collusion” narrative.

Durham, however, twice essentially covered up for CIA misdeeds. The New York Times reported: “In 2008, Attorney General Michael B. Mukasey assigned Mr. Durham to investigate the C.I.A.’s destruction of videotapes in 2005 showing the torture of terrorism suspects. A year later, Attorney General Eric H. Holder Jr. expanded Mr. Durham’s mandate to also examine whether the agency broke any laws in its abuses of detainees in its custody.”

Abundantly clear in those days, however, was the reality that neither Mukasey nor Holder wanted Durham to deliver the goods on CIA people demonstrably involved in well documented death-by-torture of prisoners in Afghanistan and Iraq. Good soldier Durham uttered not a peep when Holder announced that the Department of Justice “declined prosecution because the admissible evidence would not be sufficient to obtain and sustain a conviction beyond a reasonable doubt.”

But Holder added this: “Our inquiry was limited to a determination of whether prosecutable offenses were committed and was not intended to, and does not resolve, broader questions regarding the propriety of the examined conduct.” The Times noted at the time that DOJ’s decision did not amount to “exoneration” of those involved in the prisoners’ treatment and deaths. Does that sound familiar?

Thus, judging from past experience, the question is not so much what Durham will come up with this time around when investigating folks from the same line of (intelligence) work. The more salient question is this: Will Durham’s role be limited by Deep State, gun-shy Trump, or will he be given the latitude to proceed with no-holds-Barred, so to speak.

Horowitz’s investigators, on the other hand, earlier discovered the extremely-damaging-to-the-Russia-gate-yarn text exchanges between senior FBI officials Peter Strzok and Lisa Page, and Horowitz decided to make them public in December 2017. First off the blocks the following day, the late Robert Parry, founder of this website, posted what turned out to be his last substantive article, “The Foundering Russia-gate Scandal.”

Horowitz’s investigators recently interviewed some formerly reluctant witnesses like Christopher Steele, who had been a paid informant of the FBI itself and whom the Clinton campaign later paid to assemble the infamous “dossier” on Trump’s alleged cavorting with prostitutes in Moscow and other scurrilous, since-disproven stories.

With the malleable nonentity Coats as DNI, and with top CIA officials trying to keep former CIA Director John Brennan out of jail (and shield their own derrieres), Barr has — until now — lacked a strong “deputy sheriff” with the requisite prosecutorial skills and courage to investigate the intelligence community to find out where the bodies are buried in Washington. As soon as Ratcliffe is confirmed, Barr should have what he needs to close that gap and tackle full bore the intelligence part of the Deep State’s role in Russiagate.

But how could Ratcliffe know anything, the corporate media asks, as they paint him as a newcomer, partisan ignoramus and focus on his lack of experience in foreign affairs. Sorry, Rachel Maddow, in case you haven’t noticed, the present focus is on affairs much closer to home. The “parvenu” label will not stick. Serving, as Ratcliffe has, on three key House committees —Intelligence, Judiciary, and Homeland Security — you can learn a whole lot, if you regard your responsibility as oversight, not overlook.

Is there documentary evidence? Admittedly, it would seem a stretch to believe that Obama’s top intelligence and law enforcement officials — in “collusion” with the corporate media — would fabricate a Trump-in-Putin’s-pocket story line first to try to prevent Trump from being elected, and then emasculate him as incoming president. But, yes, there should be all manner of documentary evidence indicating that this is precisely what happened.

House Intelligence Committee Ranking Member Devin Nunes (R-CA) claimed in early April 2019, “They [the Democrats] have lied multiple times to the American people. All you have to do is look at their phony memos. They have had the full support of the media, 90 percent of the media in this country. They all have egg on their face.” The way things are now shaping up, we are likely to learn before too long whether the evidence supports Nunes’s accusations.

All the Naiveté That’s Fit to Print

The New York Times reported that many Republican Senators, who must vote on his confirmation, are “cool” to Ratcliffe:

“Democrats said on Monday that they were worried that Mr. Ratcliffe would do little to push back against the Justice Department’s review of the origins of the Russia inquiry, for which Mr. Trump gave Attorney General William P. Barr broad power to declassify relevant documents.”

Democrats don’t watch Fox News, but does the Gray Lady still harbor hope Ratcliffe might “push back” when he says he will push full steam ahead?

None of the leaking, unmasking, surveillance, DNC-hired “opposition research,” or other activities directed against the Trump campaign can be properly understood if one does not bear in mind that it was considered a sure thing that Hillary Clinton would become President, at which point high-risk, illegal activities undertaken to help her win would likely bring gratitude and perhaps a promotion, not an indictment. But Clinton lost.

After her loss, Comey himself gave the game away in his book, “A Higher Loyalty” — which amounted to a pre-emptive move motivated by loyalty-to-self and eagerness to secure a Stay-Out-of-Jail card. Comey wrote, “I was making decisions in an environment where Hillary Clinton was sure to be the next president …” [Emphasis added.] This would, of course, confer automatic immunity on key players who may now find themselves criminally referred to the Department of Justice.

Worse still, because they all were convinced a Clinton victory was a sure thing, the plotters did not perform due diligence to hide their tracks. And that largely accounts for the fact that there should be documentary evidence — probably even on not-yet-shredded paper, as well as on computer hard drives.

Given his seats on Intelligence, Judiciary, and Homeland Security, Ratcliffe has seen a lot more of them than most Congress members. In the Sunday interview, he named some of those allegedly engaged in illegalities:  former FBI Director James Comey, senior DOJ official Bruce Ohr, and opposition research guru Glenn Simpson. Also mentioned but unnamed were the Obama officials who Ratcliffe said committed a “felony” by leaking highly classified phone transcripts to use against Gen. Michael Flynn, Trump’s short-lived national security adviser.

No one has more to fear from all this than ex-CIA Director Brennan. He eagerly awaited the final report from Mueller, whom Brennan has unctuously praised. Introducing Mueller to an audience at Georgetown University in June 2014, Brennan called him “a remarkable public servant as well as a great friend, a transformative leader, an outstanding partner to CIA, and a source of wise counsel to leaders across the intelligence community.”

In his testimony to the House Judiciary and Intelligence Committees on July 24, Mueller avoided discussing some of the chicanery that bears Brennan’s fingerprints, but he surely failed to “exonerate” him, so to speak. To suggest that the selection of Ratcliffe to become DNI was unwelcome news to Brennan is to state the obvious. Brennan got up early on Monday and at 7:11 AM sent this characteristic tweet — about integrity and subservience, of all things:

Paul has also said he thinks Brennan has been “a partisan” and “abused his office in developing the Trump investigation. I think it was done under false pretenses and done for political reasons.”

Paul has been a strong advocate of investigating the origins of Mueller’s probe, including the dicey question of how witting President Obama was of the Deep State machinations during the last months of his administration. Page did tell Strzok in a Sept. 2, 2016 text that the president “wants to know everything we’re doing.”

So What DID Obama Know?

If anyone knows how much Obama knew, it is one of his closest confidants: Brennan. And it was Obama, of course, who commissioned the misnomered “Intelligence Community Assessment” of Jan. 6, 2017, which Russia-gate aficionados have long regarded as Bible truth. As readers of Consortium News know, candidate Hillary Clinton and her supporters were wrong in saying the ICA was the product of “all 17” U.S. intelligence agencies. The leaders of only three — CIA, FBI, and NSA — signed on to it, plus DNI James Clapper.

Months later, Clapper admitted it was “handpicked analysts” from those three who wrote the report. It is a safe bet that Brennan, Clapper, and perhaps Comey picked the analysts. The ICA is such a shabby piece of work that many — including me — suspect that Brennan took a direct hand in writing it.

Ratcliffe would be well advised to take a priority look into the “Excellent Adventure” of that Intelligence Community Assessment as soon as he is confirmed as Director of National Intelligence, and before Brennan, Clapper, and Comey leave town for parts unknown.

Ray McGovern works with Tell the Word, a publishing arm of the ecumenical Church of the Saviour in inner-city Washington. As a CIA analyst, he served under nine CIA directors and seven presidents, for three of whom he prepared and gave the morning briefing based on The President’s Daily Brief. In retirement, he co-created Veteran Intelligence Professionals for Sanity (VIPS).